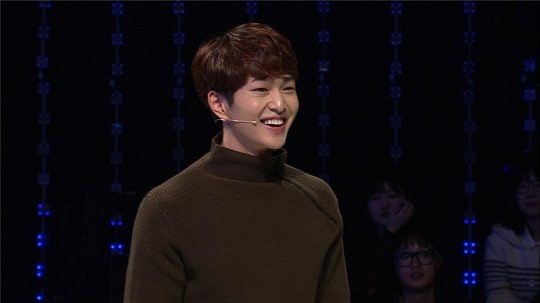 Onew showed one facet that has kept the longevity of SHINee going strong after nearly nine years: honesty!

The November 29 episode of the KBS quiz show “1 vs 100” featured the SHINee member going for the challenge to go against 100 participants.

On this episode, the MC asked him, “Now that you’re going closer to your nine year anniversary as an idol group, there has to be some arguments and fights that you have gotten into.” Onew answered, “Before we debuted, we lived in the same apartment. At the time, I would take my clothes off and leave it on my bunk bed. I think Minho, who used the bottom bunk below mine, had a lot of complaints against me then.”

He continued, “One time, Minho called me aside and said he had something to say to me. I didn’t know what had upset him, and I worried I had done something wrong. Minho was really worked up and said to me, ‘Please top hanging clothes on the bunk bed!’ I remember I burst out laughing.”

SHINee
Minho
Onew
1 vs. 100
How does this article make you feel?