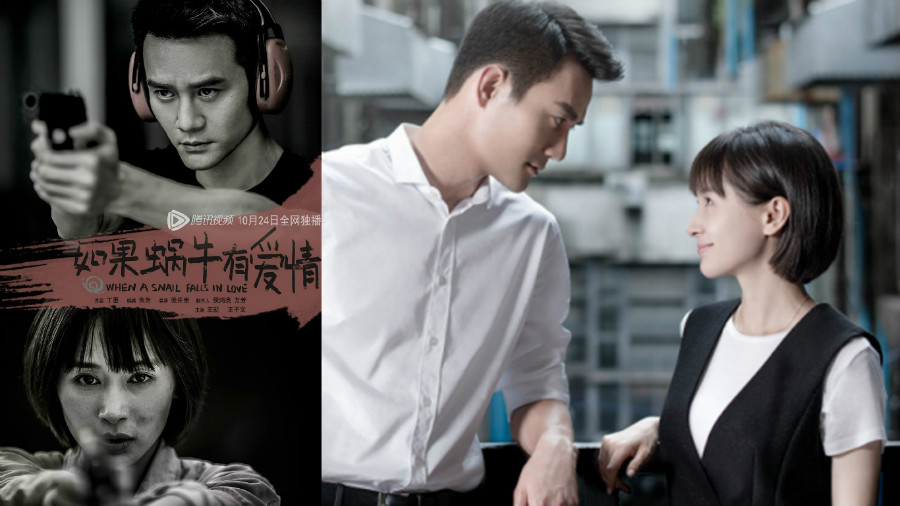 “When a Snail Falls In Love” is a crime thriller and romance drama based on the novel of the same name by author Ding Mo. It stars Wang Kai as Ji Bai, an ace police detective who is in charge of the Violent Crimes Unit, and his partner Xu Xu, an intern criminal profiler played by Wang Zi Wen. The two seem like an awkward pairing, but in reality they’re the best team with an incredible track record in solving crimes. Ji Bai initially intended to fire Xu Xu due to her lack of physical fitness, but she is very talented in profiling. Over time, they become impressed and admire each others’ talents and work ethic, and the pair slowly fall in love in the midst of their investigations.

I’m currently watching this drama and I’m so addicted. If you are looking for something different, complex, mature, and evenly paced, this drama hits all the spots. Here are my top five reasons you should tune in to the drama. 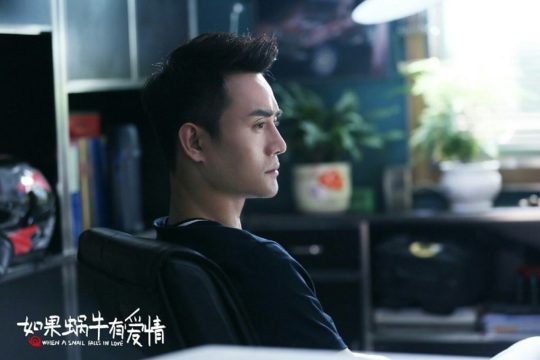 I admit, the main reason I wanted to watch this drama was for Wang Kai. Many of you know him from last year’s hit drama “Nirvana In Fire” as Prince Jing, which helped to launch his career to new heights. He gained immense popularity both domestically and internationally. I mean he’s tall, handsome, and has a super sexy voice. What’s not to like?

Wang Kai is perfectly cast as the manly, tough, incredibly smart but emotionally-closed-off police officer Ji Bai. The man is so attractive and simply oozes sexiness while showing off some great fighting skills in this drama. Besides the great aesthetics, Wang Kai is a great actor and is amazingly convincing as Ji Bai. He is totally rockin’ this alpha male persona despite being adorably clumsy in real life.

A smart and relatable female lead 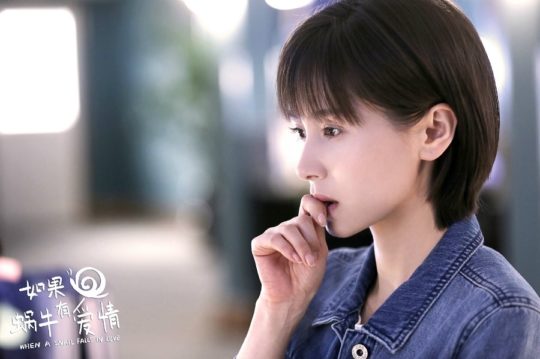 I love Wang Zi Wen’s character Xu Xu! She’s a genius profiler who has amazing deduction skills when it comes to solving crimes. It’s really refreshing to see a leading female character portrayed as a genius; as we’ve seen in many dramas, those types of roles are mainly reserved for male characters. Despite her talents and skills, I like that she isn’t perfect and is relatable in many ways. She’s clumsy, socially awkward, and slow like a snail. Despite her flaws, she has a very charming and warm quality to her which is exactly one of the main reasons why Ji Bai falls for her. 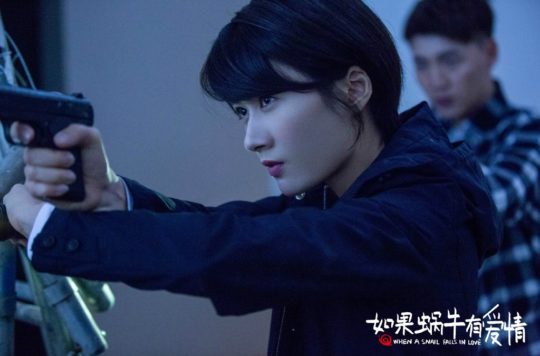 Despite this drama being advertised as a more of a romance drama, it is heavily focused on the crime investigations. The crimes are quite diverse: you have everything from kidnapping, human trafficking, drug trafficking, murder, and cover-ups, just to name a few. Interestingly enough, all these various crimes somehow link back to the Ye family, which makes it all one giant case. I really enjoy watching the team work together to solve these crazy and puzzling crimes that can get downright intense and scary at times. But hey, that’s the thrill of it all, right?

The cinematography is beautifully shot and just visually breathtaking. It does not feel like I am watching a drama, but instead it feels more like a movie. I am just so impressed by the high production quality of the drama. Some of my favorite camera shots are the aerial shots, especially the scenes in Burma. To get a glimpse of the great cinematography, watch the OST video for the ending song of the drama here. 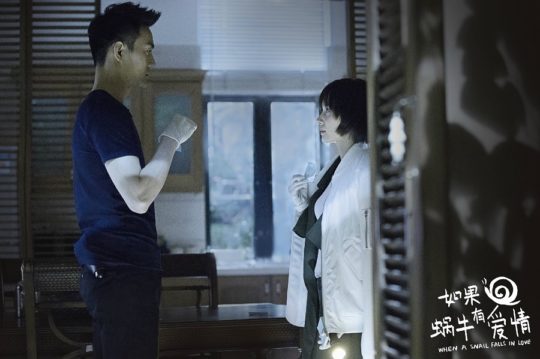 Last but not least, I love Ji Bai and Xu Xu individually, but I love them even more when they’re together. Whether they out in the field solving crimes or off-duty eating dinner, they show they have great chemistry throughout. In Xu Xu’s drawings, she is depicted as the snail and Ji Bai as the lion, and she documents her daily interactions with him through these drawings. You can see through the drawings the development of their relationship, from their initial rocky start to eventually having mutual respect for each other.

Though Ji Bai initially does not want Xu Xu on his team, as he gets to know her personality and talents, he accepts her as a good student and a worthy partner of equal footing. Also, I find it adorably cute how Ji Bai always likes to tease Xu Xu about their obvious height differences.

I also would like to note that this is Wang Kai and Wang Zi Wen’s second drama collaboration, as they also played a romantic pairing in “Ode to Joy.”

Are you watching “When a Snail Falls in Love?” What do you like about the drama?

You can watch the first episode of “When a Snail Falls in Love” here:

Soompi Spotlight
Wang Kai
When a Snail Falls In Love
Wang Zi Wen
How does this article make you feel?