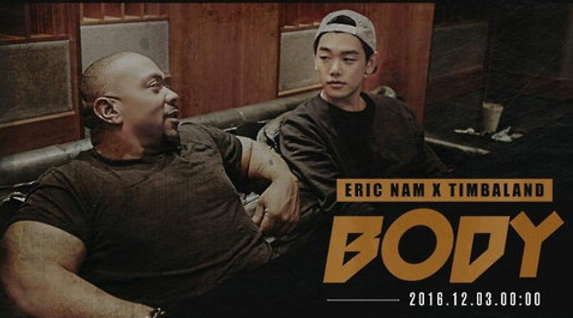 With the recent news of Eric Nam and Timbaland performing at the 2106 Mnet Asian Music Awards (MAMA), the duo has released a behind-the-scenes video showcasing their collaborative track!

On November 30, Eric Nam posted a photo on his personal Instagram account that revealed their plans to perform at the awards show with their new track.

According to Eric Nam’s agency CJ E&M, Timbaland invited Eric Nam to his studio in Miami, Florida, where they completed their upcoming track “Body.” The behind-the-scenes video teases fans with an instrumental version of the song as well as hints of the melody.

“Body” is set to release on December 3 at midnight KST.