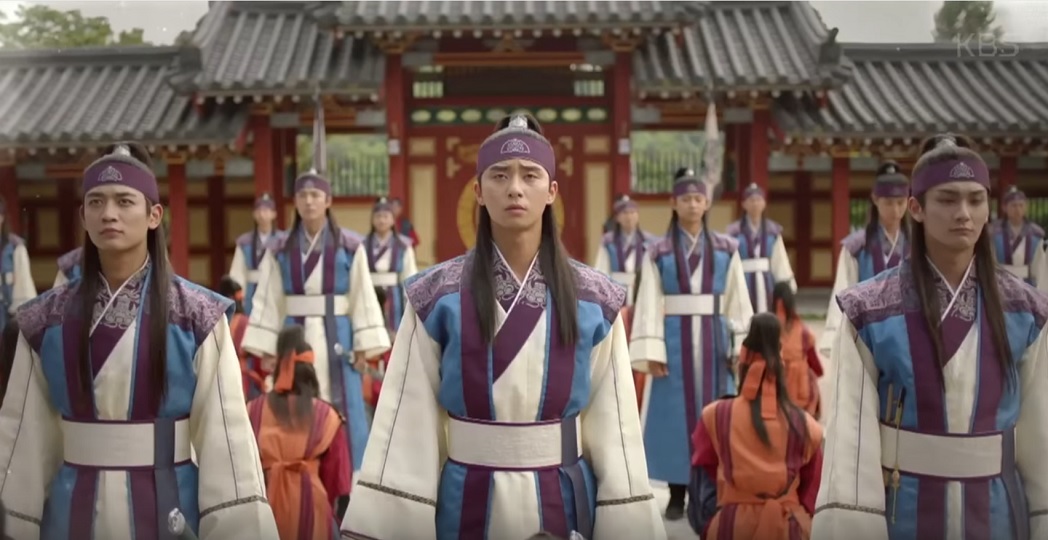 Here’s A Bit Of What You Can Expect From “Hwarang”

“Hwarang” has been drawing considerable attention even ahead of its premiere, one of the reasons being its unique topic. The drama tells the story of young Hwarang warriors in Seorabol, capital of Silla. While a handful of dramas and movies have featured the flower boy warriors before, this drama is actually the first to focus on them entirely.

“The Hwarang are beautiful men, respected and revered by crowds who flock to see them. Sometimes they debate moral principles, sometimes they enjoy music and singing with each other, sometimes they go sightseeing together. There is no place that they have yet to step foot on. In this way, we get to know their moral strengths and flaws, and the good-hearted people are chosen to refine and improve.”

This excerpt from the Samguk Sagi (a historical record of the Three Kingdoms of Korea: Goguryeo, Baekje, and Silla) is an example of how the Hwarang have been recorded in history. While many of the famous warriors are well-known even today, other aspects like the origin of the Hwarang, and how they have stood as the core of the thousand-year Silla dynasty, are less understood. The drama promises an extraordinarily imaginative retelling of the dazzling youths and their lives from 1500 years ago.

The drama’s production team added that the drama hopes to present a time where young people stood at the centre of the world, and were not afraid nor hesitant to fight for what they believed in. They also revealed that it was also modeled after Korea’s youths in the present time, and they hope that the boys’ friendship, love, and growth will bring great meaning even to us in the present day.

“Hwarang” is 100 percent pre-produced – filming ended as early as September. The story begins on December 19, so don’t forget to tune in to this magnificent historical tale of the passions of youth, love, and growing up, exclusively on Viki!