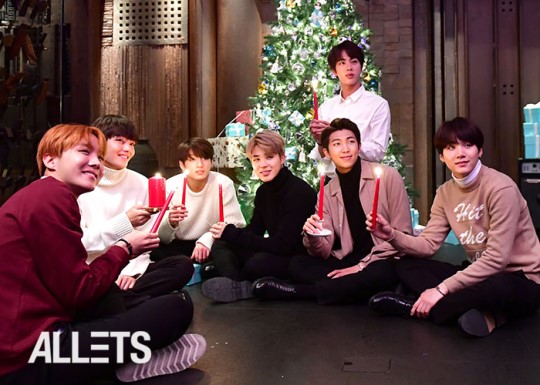 It’s hardly an exaggeration to say that BTS is probably the busiest idols right now in Korea, but the boys still made the time to participate in ALLETS’s charity campaign “Let’s Share the Heart.”

During the filming of the campaign video, BTS cast aside their usual tough image for the moment, and showed their softer sides as they encouraged viewers to share the love. Thanks to BTS’s charms and easy camaraderie, it was a very heartwarming video, just the right thing for this winter season. 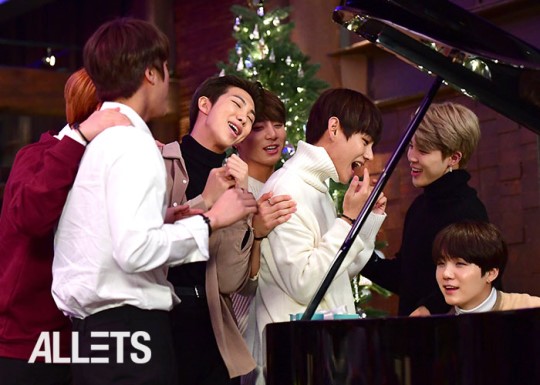 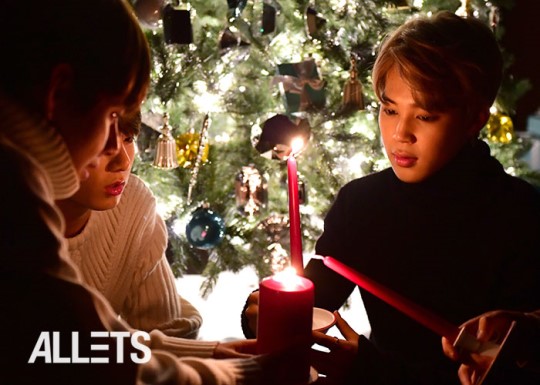 High-end jeweller Tiffany&Co also added their own sparkle to the video, in support of the campaign. The accessories suited the boys well, and were the perfect complement to the ending message “Share the love that shines brightly, share the light through love.”

The campaign video will be available on ALLETS’s homepage and other social channels including Naver V Live and Naver TVCast, starting from December 2.

ALLETS’s “Let’s Share the Heart” is a collaboration for charity between Naver and various celebrities. Members of the public can make donations via the campaign’s Naver Happybean page. (Naver Happybean is a Korean online donation portal.) They can also show the support by leaving comments, likes, or hearts on the campaign’s videos.