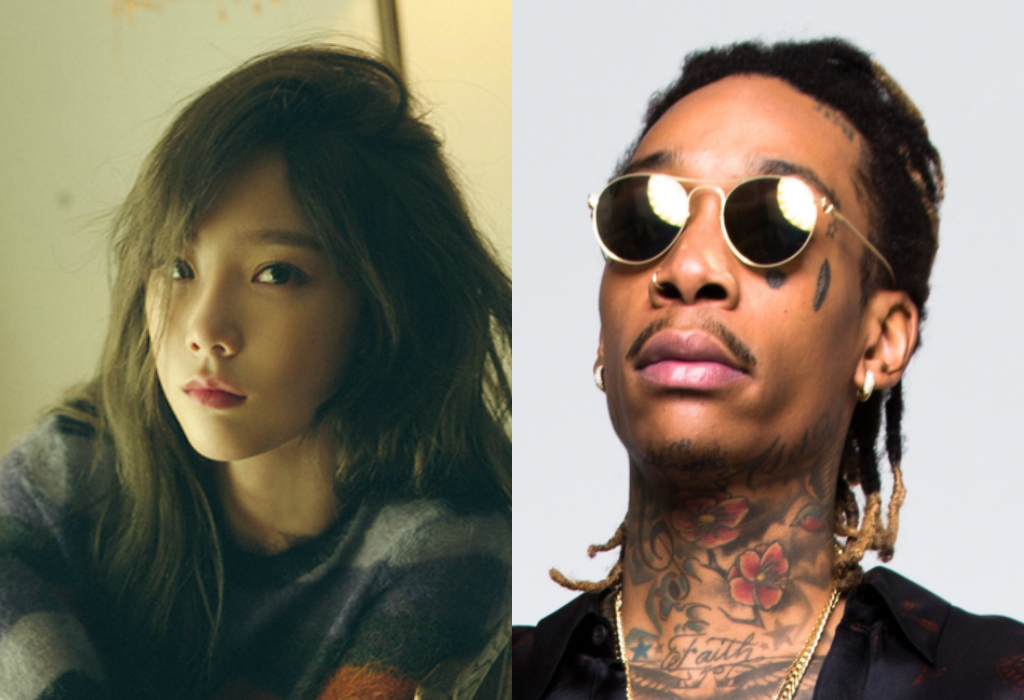 Previously, a collaboration stage between Girls’ Generation’s Taeyeon and Wiz Khalifa was planned for the 2016 MAMA.

Following the cancellation of the collab, Wiz Khalifa commented on it saying, “The fact that T[a]eyeon backed out of our performance caught me off guard too but never accept rejection as failure.”

Taeyeon has now spoken up about the situation through a post on her Instagram stories. Below is her message:

“I will explain about yesterday’s stage because I think there are many who are curious about it (I would be curious too).

“I greeted Wiz Khalifa and was looking forward to it while preparing for the rehearsal yesterday. Suddenly I heard that there was a problem with the music that was going to be used for the broadcast, so I couldn’t do a proper sound check and we couldn’t do the performance together..

“It is really regrettable. In order to perform live an instrumental is needed, but an AR had been prepared instead of a MR. I didn’t really know what to do since we are supposed to perform live in this kind of situation. However, it’s right to place importance on the collaboration because this kind of opportunity doesn’t occur easily^^

“I thought I could just sing over the AR and cover it.. so I considered it and wanted to create an amazing stage with the production crew doing their best.. and we decided to just continue as is.

“But a few hours before the show, I found out that our stage got canceled and there were some unexpected turn of events due to the event being held overseas. I heard that there were issues with the performance equipment the day prior to the show as well as during rehearsal..

“Wiz Khalifa waited for the rehearsal and went to the hotel. It seems like there was an overlap of various problems. I’m sad and feel regret that I had to return without doing a good performance..

“I hope that people do not have misunderstandings due to this. There must be people who heard about the stage and looked forward to it. I will meet you and show you a better performance next time. Thank you for showing support and giving me strength until the end yesterday.” 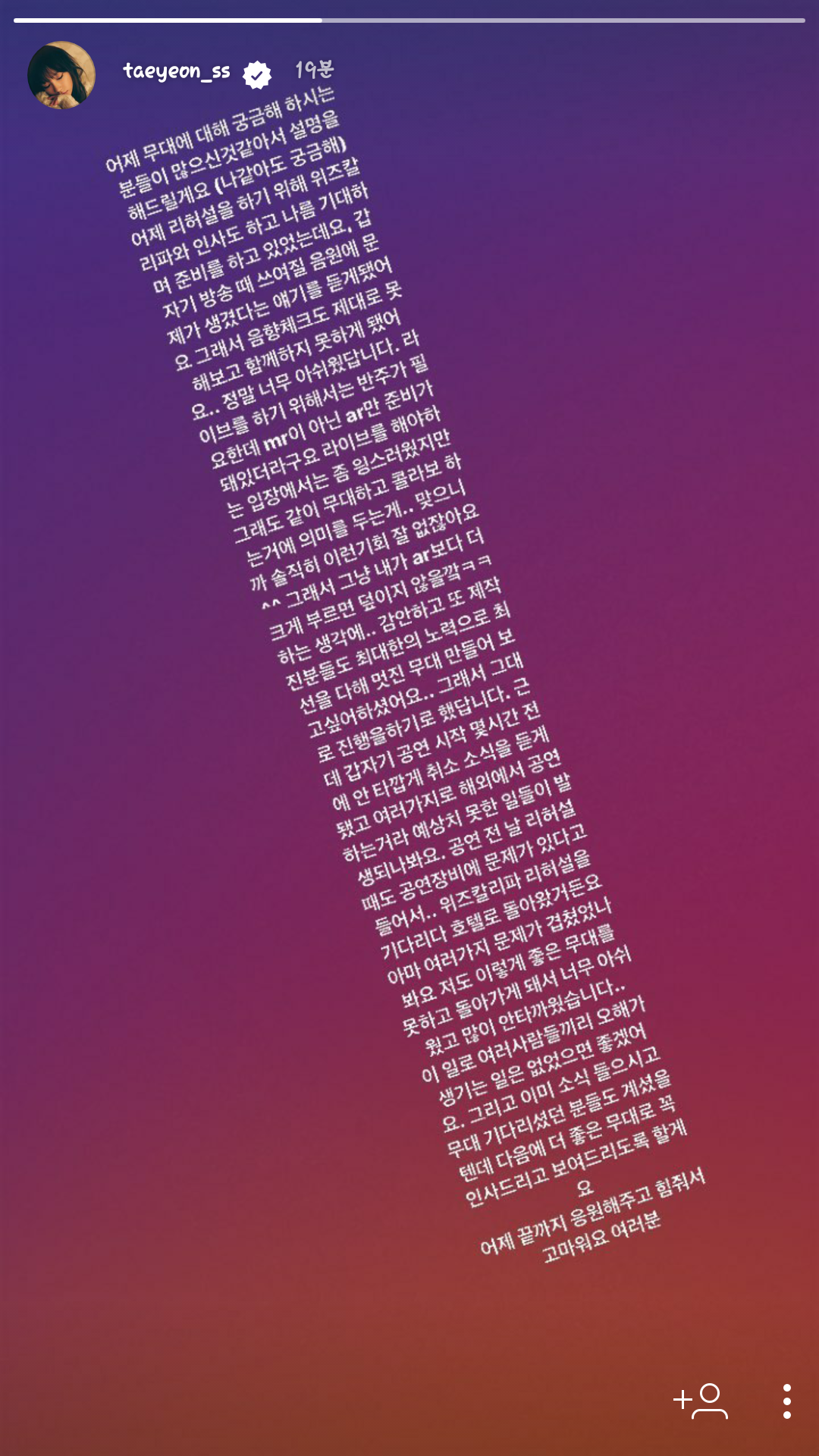 Taeyeon
Wiz Khalifa
2016 MAMA
How does this article make you feel?