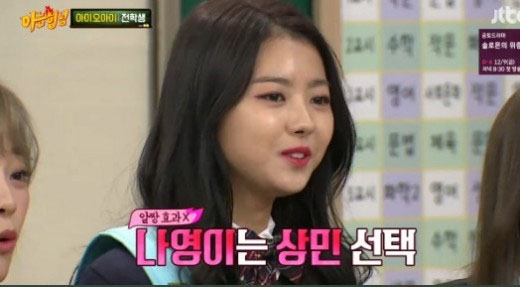 I.O.I’s Lim Nayoung Says Her Most Embarrassing Moment Happened During A JYP Audition

During a recent episode of variety show “Ask Us Anything,” I.O.I leader Lim Nayoung got real about one of her failed auditions with JYP Entertainment.

The topic came up during the program’s “Guess About Me” segment, when Lim Nayoung, who had auditioned for the company three different times, was asked to describe her most embarrassing moment.

“I had prepared some music for my audition. However, when I went to turn the music on, a recording of an educational broadcast was played instead,” she confessed with a bashful smile. Ultimately, Lim Nayoung failed her audition. 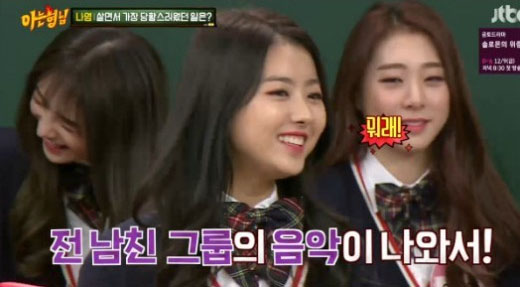 Upon hearing the story, the “Ask Us Anything” hosts expressed plenty of surprise, especially since passing the audition meant that she would have been in the same company as I.O.I’s Jeon Somi.

Fortunately, it all worked out for Lim Nayoung in the end. She is currently signed to Pledis Entertainment, where she was able to meet fellow member Zhou Jieqiong and promote through pre-debut idol group Pledis Girlz.

Ask Us Anything
I.O.I
Lim Nayoung
How does this article make you feel?