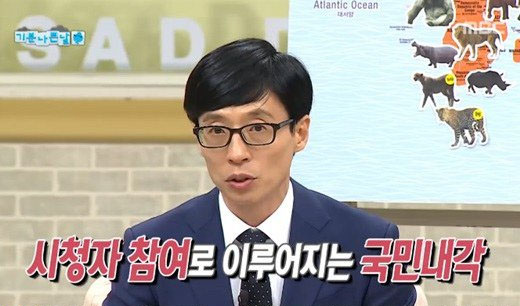 “Infinite Challenge” is about to get political, but they need the audience’s help.

At the end of the program’s December 3 episode, cast members joined host-in-chief Yoo Jae Suk for a special announcement regarding what the show has planned for the upcoming year. 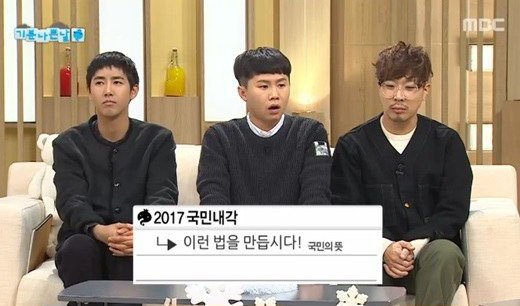 “Our 2016 project is finished. And in 2017, viewers will act as our National Cabinet,” he began, talking directly to the camera. “If there is any policy that you wish for South Korea to have, please submit it to our website. I look forward to plenty of participation from our viewers.”

While it was not plainly stated, the change-up in the show’s format is seemingly inspired by South Korean president Park Geun Hye’s recent political scandal. After the urging of several national protests, it has been reported that the president’s impeachment will be voted on by the National Assembly this upcoming Friday.