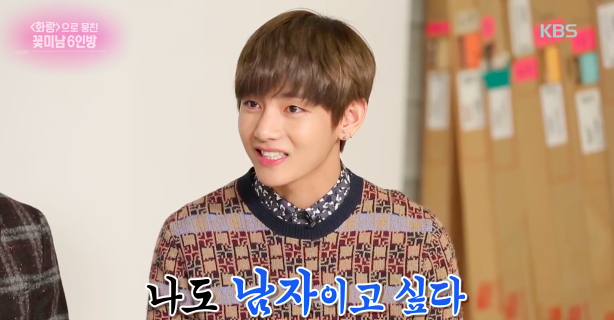 On a recent episode of KBS2’s “Entertainment Weekly,” the cast of “Hwarang” played a fun game that revealed their true opinions about each other.

During an interview, the cast members were asked to choose the member who acts very different from his broadcast image. Without hesitating, the entire cast chose Kim Taehyung (BTS’s V). 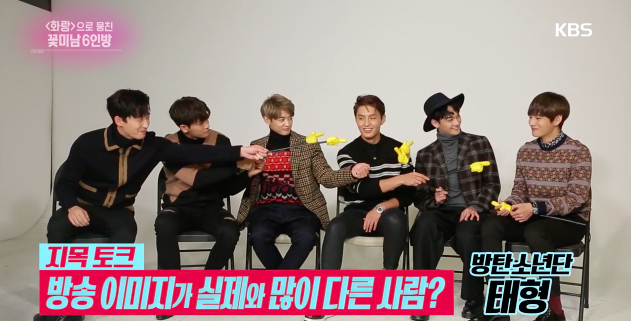 Park Seo Joon teased the youngest cast member, saying, “Taehyung must really want to seem manly. He tries to talk in a certain way that’s different from how he actually is. In reality, he’s really cute.” Kim Taehyung then provided an explanation for his actions, saying, “Since they’re all manly, I feel a sense of a duty to act manly too. If they’re all crossing their legs, I also cross my legs. It’s a concern for me,” causing everyone to break out in laughter. 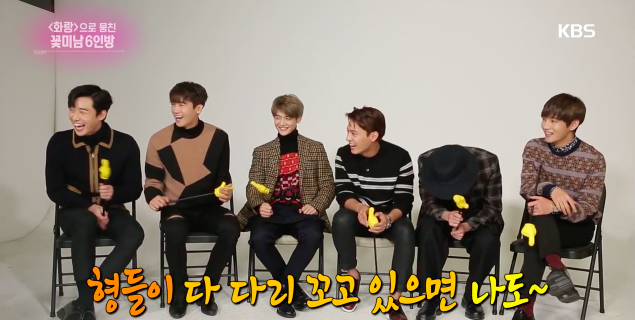 The MC then asked, “So what is his usual image?” In response, SHINee’s Choi Minho commented, “He’s really cute and lovable.” Kim Taehyung then proceeded to show his usual self by demonstrating his hilarious aegyo on set.

Watch the clip of their interview below!