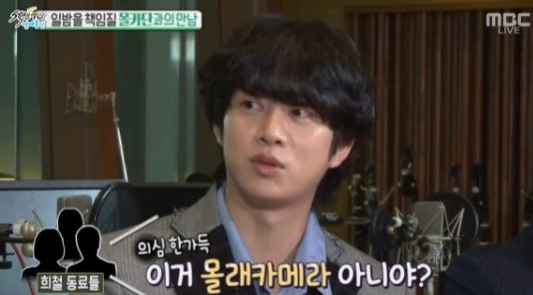 During the broadcast, Kim Heechul revealed, “[After becoming an MC for the show] I’m even suspicious of my fellow colleagues. Even when I’m eating, I’m afraid it’s going to be a recording for the show.”

Lee Guk Joo also talked about working with Kim Heechul for the first time, saying, “We got close really quickly. Last time he called me ‘baby,'” causing everyone to laugh.