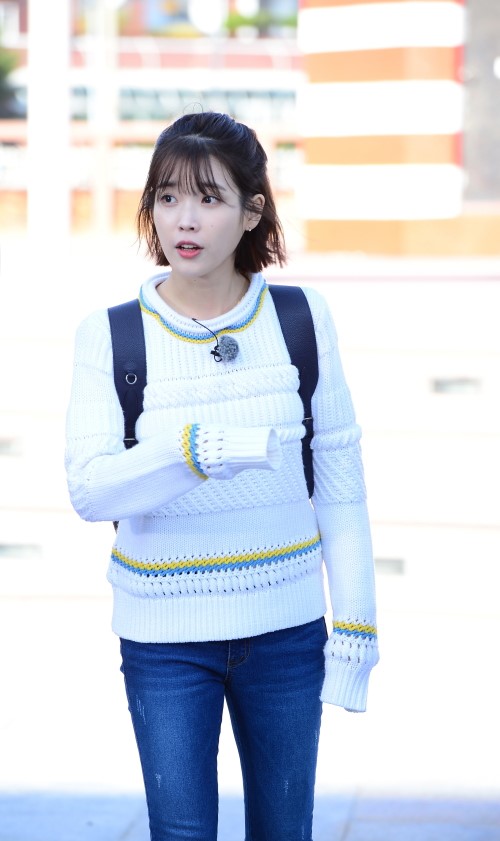 Singer and actress IU broke her long absence from variety shows and guested on the December 4 episode of SBS’s “Flower Crew.”

The variety show revealed stills from IU’s surprise appearance on set as she arrived the morning after the cast’s trip around Tongyeong. Upon discovering that IU was their guest, the members who had been sleeping all cheered in celebration.

Throughout filming, the cast worked hilariously hard to look after IU. After she cleaned ingredients for breakfast, they stopped her from slicing, cautioning her to not hurt herself. When it was cold outside, everyone tried to take off their parkas to lend them to her. 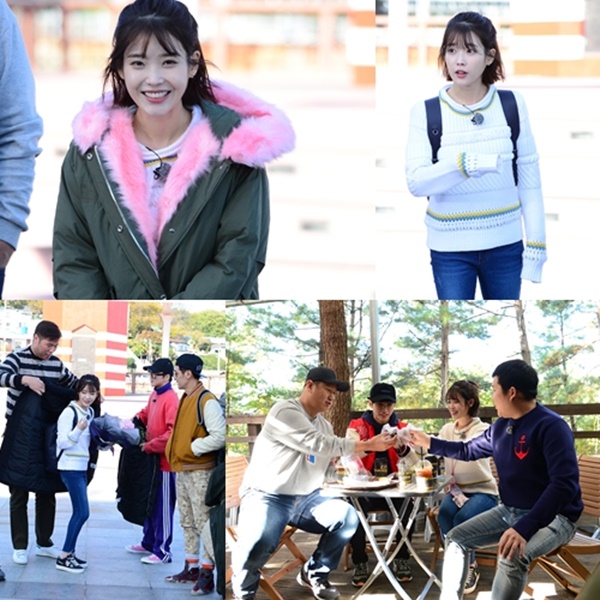 Radiating with charm and charisma, IU even took off her coat and threw it away in the heat of a game. Much to the cast’s excitement, she also personally made a call to her long-time best friend, actress Yoo In Na, who cracked everyone up when she requested, “Please make IU a fixed cast member.”

However, not even IU was exempted from the wrath of the transfer tickets, which allow members to be moved around the “Flower Road” and “Muddy Road” teams, determining whether they have comfortable or difficult trips. Though she hoped for everything to go smoothly, encouraging everyone to stay on the “Flower Road,” she ended up experiencing great betrayal from the cast.

As she got worked up, IU suggested, “Is there anything lower than ‘Muddy Road’? How about a ‘Hell Road’?” In hopes of exacting revenge on one member, she even joked “Next time, make him walk on the fires of hell alone,” hilariously showing a surprising new side to her.

IU
Flower Crew
How does this article make you feel?