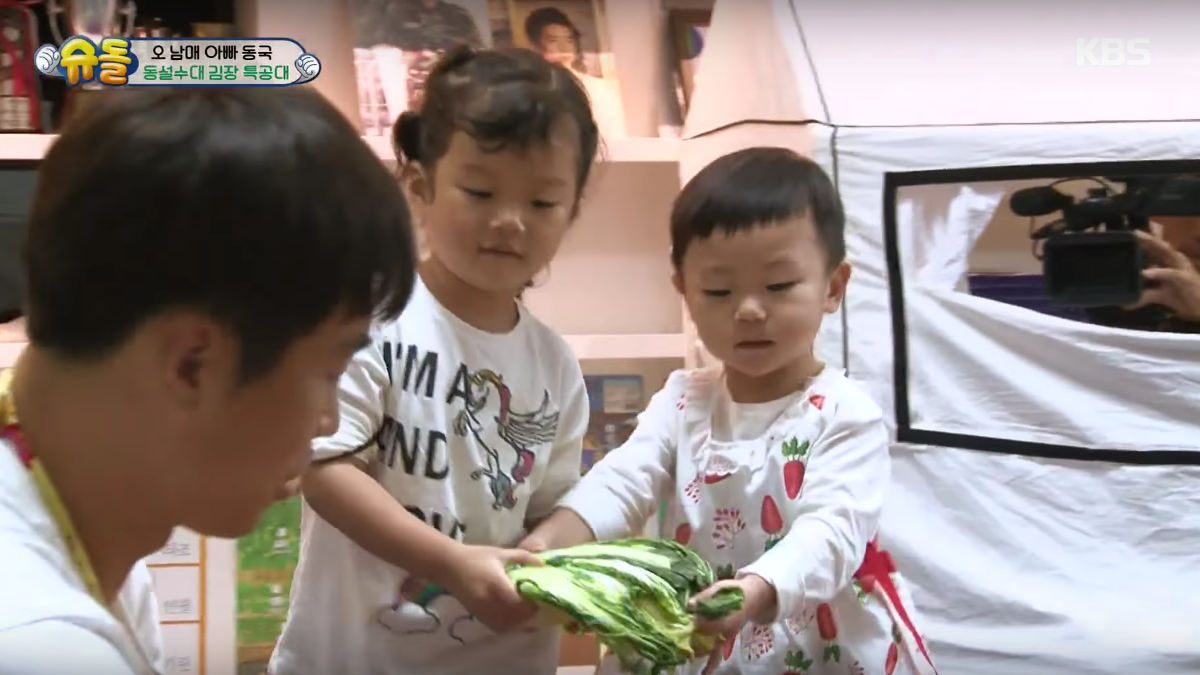 From soccer player to master chef, Lee Dong Gook can do anything if he has his kids supporting him every step of the way.

On the December 4 episode of KBS2’s “The Return of Superman,” he and three of his five children attempted to make their own kimchi for the winter.

Right before she left, Lee Dong Gook’s wife left a heap ton of cabbage, materials, and a memo asking him to make kimchi.

While he, Daebak, Seol Ah, and Soo Ah were initially shell-shocked at the mounting task ahead of them, one call to cooking expert Lee Hye Jung and a semi-outfit change later, they were ready to follow a recipe and make homemade kimchi.

Trying to minimize the work their dad would have to do, Seol Ah and Soo Ah successfully made a trip to their local mart to buy ripe persimmons and aged squash. They even later took their little brother Daebak to nap all by themselves, so that their dad could focus on the kimchi.

Although normally loud and mischievous, the twins along with Daebak carefully and quietly helped their dad with the kimchi after their nap, and even complimented it on how good it tasted after taking a bite.

While exhausted to the point he felt like he “played in both halves of a soccer game,” in the end, Lee Dong Gook and his children were successful in making their very own kimchi for the first time!

Watch the adorable scene and the rest of the episode below!