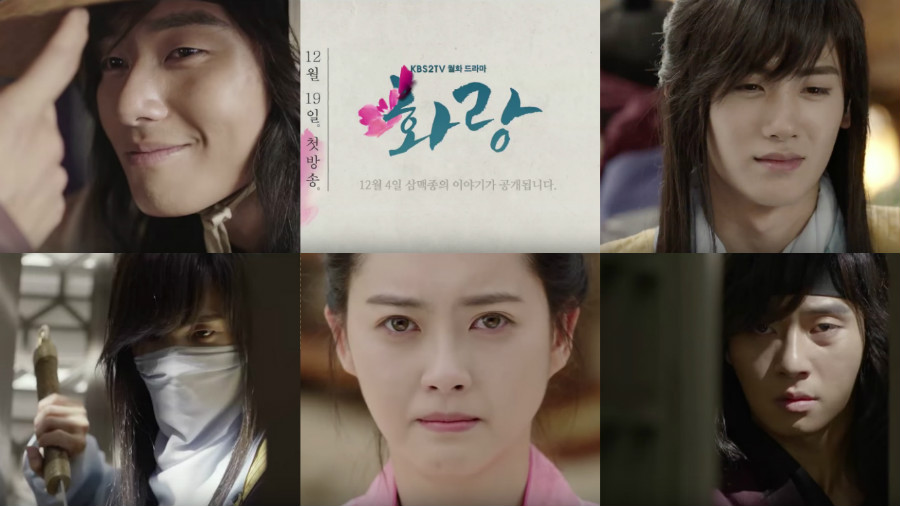 Park Seo Joon’s character is, simply put, a goof. In his teaser, Seon Woo is depicted as completely wild and — as described by Lee Kwang Soo in a special appearance — fearless. But in a scene where he crosses paths with Sam Maek Jong (Park Hyung Sik), his carefree nature is suddenly gone. He says to Sam Maek Jong, who is masked and hiding, “I’ll fight. I’ll endure. So stop hiding and come out, you coward!”

The teaser for Park Hyung Sik introduces his character Sam Maek Jong, a “faceless king” shrouded in rumors. He enjoys listening to music, stories and rumors, and walking the village streets, his identity as king a secret. After ten years of wandering like this, he meets the spirited and bold Hwarang. The narration reads, “Together, I want to protect my people. My country.”

Go Ara, in the role of Aro, is a jack of all trades, doing everything from telling dirty stories, kitchen work and first aid, to excessive alcohol consumption. Her life is turned upside down when she meets Seon Woo, someone familiar to her, yet at the same time a complete stranger.

Check out the latest poster for “Hwarang” here.