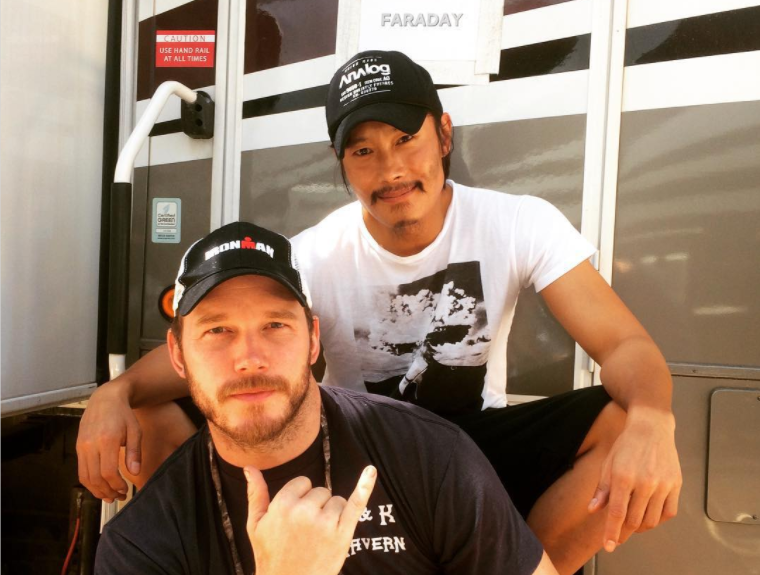 Lee Byung Hun has gone from one star-studded movie to another as he hits the trail to promote his latest movie “Master,” which also features big stars such as Kang Dong Won and Kim Woo Bin.

During a V Live broadcast, he was initially taken aback when Park Kyung Lim, the host, mentioned, “I think a lot of your colleagues in Hollywood would be waiting for this movie.” Earlier in the fall, he starred in “Magnificent Seven” alongside Hollywood heavy hitters such as Denzel Washington, Chris Pratt, Ethan Hawke, Vincent D’Onofrio, Manuel Garcia-Rulfo and Martin Sensmeier.

He laughed as he is asked again, “Who do you think would enjoy watching this movie?” He answered, “I think Chris Pratt would like this movie if he watched it. This is the type of genre that he enjoys.”

Park Kyung Lim then amusingly asked, “How about Ethan Hawke? One time, I saw him walking alongside the road,” revealing how much she adored the actor. Coincidentally, Lee Byung Hun had previously talked about his close friendship with Ethan Hawke during the promotional rounds for “Magnificent Seven.”

“Master” is a crime action film riddled with deceit, as a criminal investigation team hunts down the con artist and brains behind a major fraud case. It is set to premiere on December 21, 2016.

Master
Lee Byung Hun
Chris Pratt
How does this article make you feel?