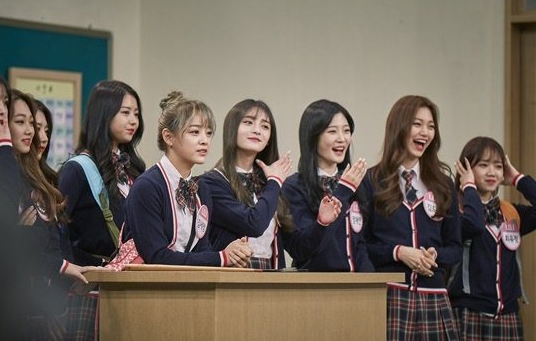 “Ask Us Anything” Catapults To Top Of Variety Show Ratings, Thanks To I.O.I’s Appearance

For the first time since its premiere last year, JTBC’s variety show “Ask Us Anything” has conquered the number one spot for weekly variety show ratings! 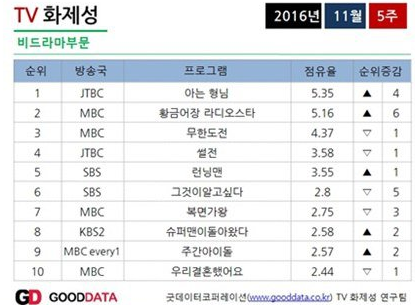 According to the statistics from GOODDATA Corporation, which compiles television show ratings based on market share value, “Ask Us Anything” was first place for the fifth week of November. The rating also takes into account how an episode was received based on news articles, social media posts, and views on online videos as well.

I.O.I was the featured guest during this week’s episode, making this program their last variety show appearance as a group. They talked about their plans to create an “I.O.I Day” to stay in touch with their fans.

The show recorded a 5.35 percent rating, followed behind by “Radio Star,” which featured the first generation idol group SECHSKIES on this week’s episode, and “Infinite Challenge.” “Running Man” also ranked at number five followed closely by “King of Masked Singer” at number seven. The last three spots in the top 10 were “The Return of Superman,” “Weekly Idol” and “We Got Married,” respectively.

Did you enjoy I.O.I’s appearance on the show?

*A previous version of this article has been edited for clarity.

Ask Us Anything
I.O.I
How does this article make you feel?