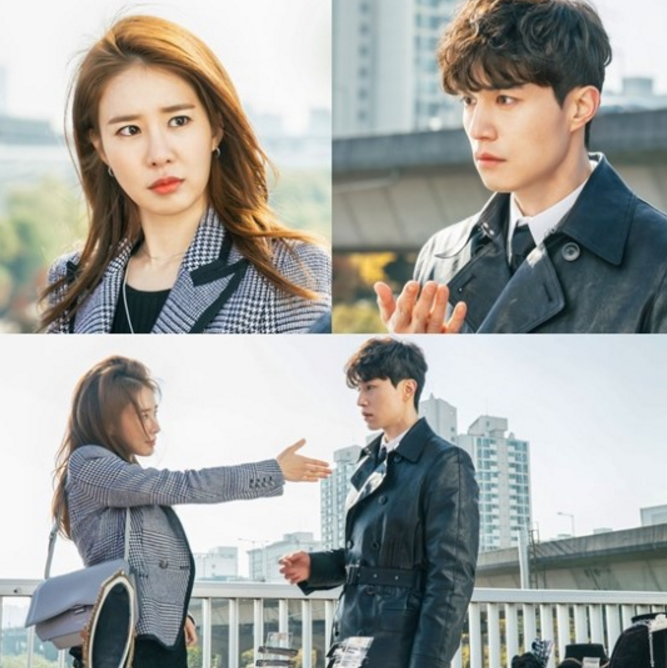 The two will be meeting for the first time on the upcoming episode, with Lee Dong Wook as the sexy yet dandy grim reaper and Yoo In Na as the immature chicken restaurant owner Sunny.

On December 6, the production team revealed stills for the upcoming episode which is set to air on December 9. The stills reveal the grim reaper shedding tears for no reason when he sees Sunny for the first time. Despite being taken aback by his actions, Sunny still reaches out to shake his hand, causing many viewers to be curious about their first meeting. The grim reaper and Sunny will be showcasing a sexy image that differs from the relationship between the goblin and Ji Eun Tak.

The production team revealed, “The scene shows the first meeting between Lee Dong Wook and Yoo In Na. Their romance will be a delicate and mysterious one as it develops throughout the drama.”