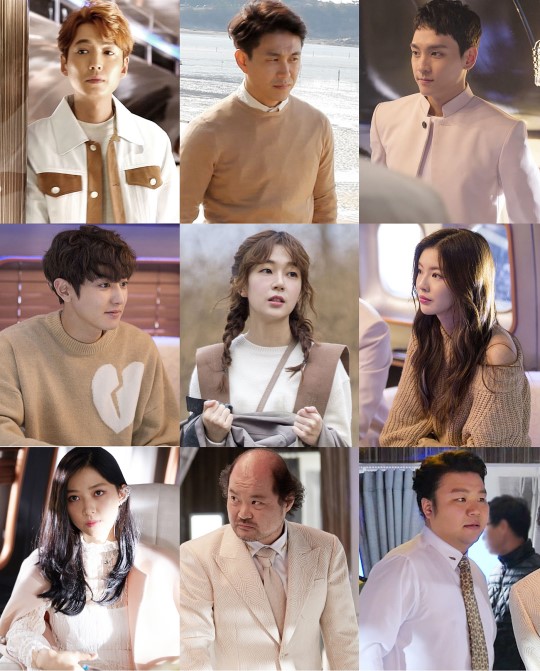 MBC’s new Wednesday-Thursday mini-series “Missing 9” has released stills and details about the nine characters who go missing on a deserted island after an airplane crash.

Seo Joon Oh started out as a well-known musician before becoming a career entertainer. Although he had been popular as the leader of his band, his image fell apart due to various scandals. Now he is afraid he will disappear again from public interest due to the airplane crash.

Ra Bong Hee is Seo Joon Oh’s newest stylist and this is her first flight to an overseas country. Four months after the accident, she will be the only survivor and appears as the witness to tell the truth of what happened after the airplane crashed.

Jung Ki Joon is Seo Joon Oh’s loyal manager, having stuck by him through thick and thin. He gives off a warm-hearted uncle vibe and there is a possibility that he will become a beacon of support and righteousness for the other crash victims, including Seo Joon Oh.

Choi Tae Ho was once in the same band as Seo Joon Oh and is riding the second wave of his career as an actor. The crash is a serious disadvantage to him and his frustrations will sow the seeds of tension on the island.

Ha Ji Ah is a top-class actress in the same agency as Seo Joon Oh and Choi Tae Ho, with an honest and refreshing personality. However, her days are full of suffering on the island as she hides a secret from the others.

Also a former member of Seo Joon Oh and Choi Tae Ho’s band, he is now a successful solo singer and composer. His sweet personality and his good looks make him the moodmaker and a beacon of hope to the crash victims.

An actress that represents Korea as a “Hallyu goddess,” Yoon So Hee has a sense of debt to the past despite her flashy appearance. Through her character, audiences can expect to see how a person changes when they are no longer able to visualize their future.

The CEO of Legend Entertainment, the agency where most of these stars are housed.

The CEO’s devoted servant. Both he and the CEO, having never experienced a chaotic place like a deserted island, are expected to provide much of the comic relief as they adjust to their surroundings.