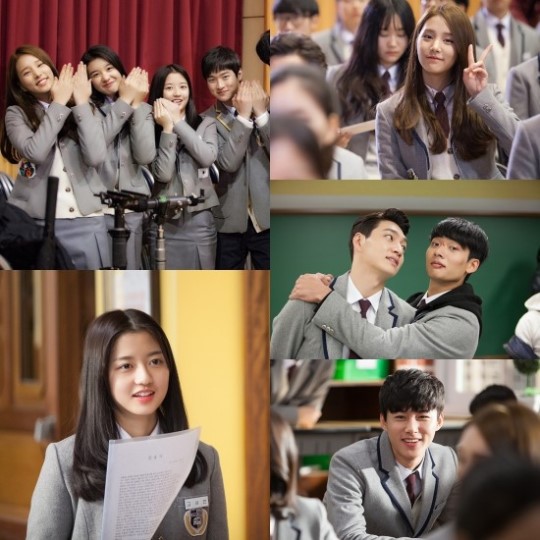 In the stills, the young cast, including Kim Hyun Soo, Jang Dong Yoon, Seo Ji Hoon, Seo Young Joo, and LABOUM’s Solbin, show off their playful energy and chemistry, hamming it up for the camera.

To preserve the strong message of the original production and adapt the characters to a Korean context, “Solomon’s Perjury” has cast rookie actors in the important student roles.

Since so many of the actors are young and surrounded by their peers, they supported each other on both the drama set and the press conference, which took place on December 6.

Even the seniors were impressed by their young castmates. “I’ve never acted with so many new actors before, but it feels good,” Jo Jae Hyun said. “Rather than acting, it feels like I’ve melted into the situation.”

Director Kang Il Soo said, “Since more than half of our scenes take place at the school, all the actors are mostly in the same space together and working together. We cast actors who fit their characters, and they are all doing well.”

The production staff added, “They are young but they have a lot of passion and responsibility to their characters. We hope the audience will be able to relate to their energy. We believe they will become up-and-coming actors in the future. 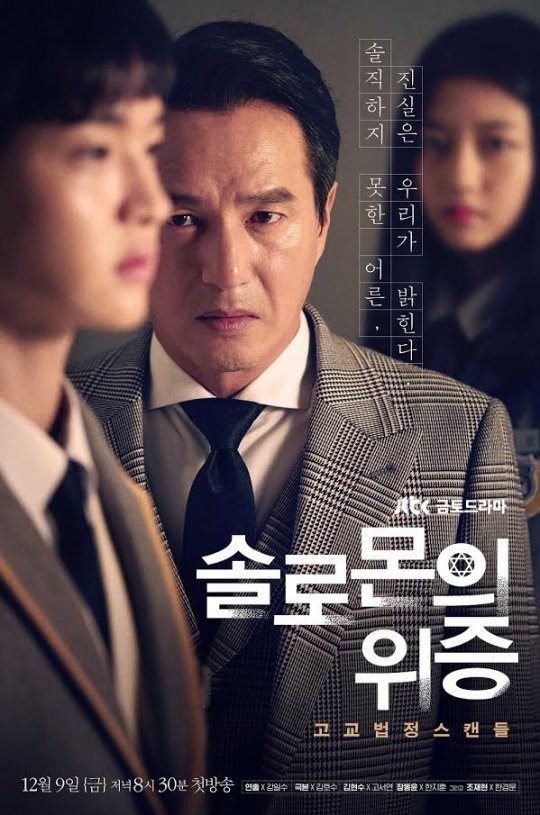 The first episode of “Solomon’s Perjury” has been pushed back from December 9 to December 16. In its original time slot, JTBC’s “Newsroom” is airing a special 2-hour segment.

“Solomon’s Perjury” is based on the two-part Japanese film series (itself based on the novel of the same name) and tells the story of a group of high school students who investigate a mysterious death at their school despite facing resistance from the adults.