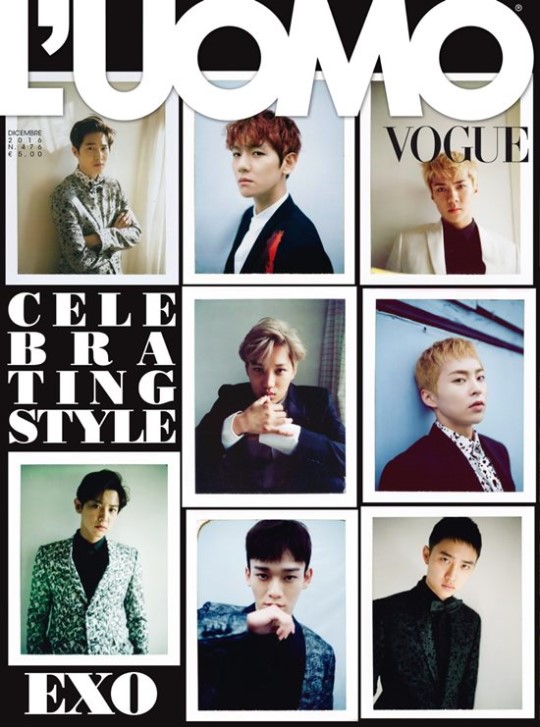 EXO will be cover models for the December issue of Italian fashion magazine L’UOMO Vogue!

L’UOMO Vogue is under global fashion magazine Vogue, and is catered towards men. EXO will have the honour of being the first ever Asian group to be featured on the magazine cover, a testament to the heights of their popularity even in Europe.

The issue will also include a detailed introduction of the group’s achievements and influence: “Their influence stretches from music to fashion and style, and has extended its reach globally. They are a group that looks to the future. They unite people across borders, cultures, and languages. Now that they have conquered Asia, EXO, armed with great confidence, will be looking to the West as their next target.”

For this photoshoot’s concept, the members have prepared various outfits to showcase their individual styles. It was said that the staff present at the photoshoot were duly impressed by the boys’ diverse charms, from their resolute and tough expressions to their natural poses.

The shoot also used equipment like film and Polaroid cameras to create an analog, old-time feel. Fans can look forward to seeing a different side of EXO.

The December issue of the magazine will be available in Europe, the Americas, and Asia.

EXO
l'uomo vogue
How does this article make you feel?