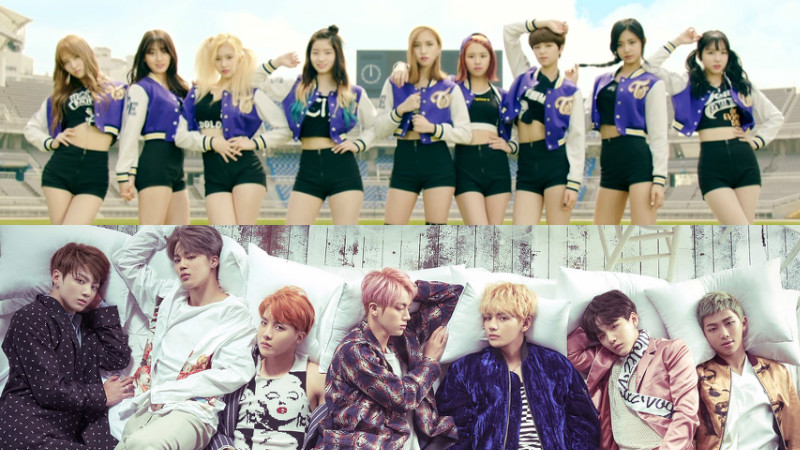 The digital music charts combines how much a song is streamed and downloaded, and the top five songs are as follows:

The KMCIA stated, “TWICE’s ‘CHEER UP’ topped the streaming charts, while GFRIEND’s ‘Rough’ topped the download charts. Up until September, GFRIEND were ahead in the overall digital music charts, but TWICE made a comeback in the last half of the year.”

The top 5 albums in the album sales rankings are as follows:

The KMCIA explained, “EXO’s third album ‘EX’ACT’ sold over 800,000 copies if you combine the sales of the Korean and Chinese versions, but as we only count one version per entry, BTS topped the charts with their album ‘WINGS’ selling 710,000 copies.”

The karaoke charts were also revealed, with the top five songs as follows:

The accumulative charts showed that a wide variety of genres were loved this year, as the “Top 100” digital music charts saw an increase in OST and R&B entries, an even share between dance, ballad, and hip hop genres, and an inclusion of five rock songs and four indie songs.

The final 2016 accumulative charts, which will factor in December’s statistics, will be released in the second week of January, and the “6th Gaon Chart K-Pop Awards” will be held on February 22.