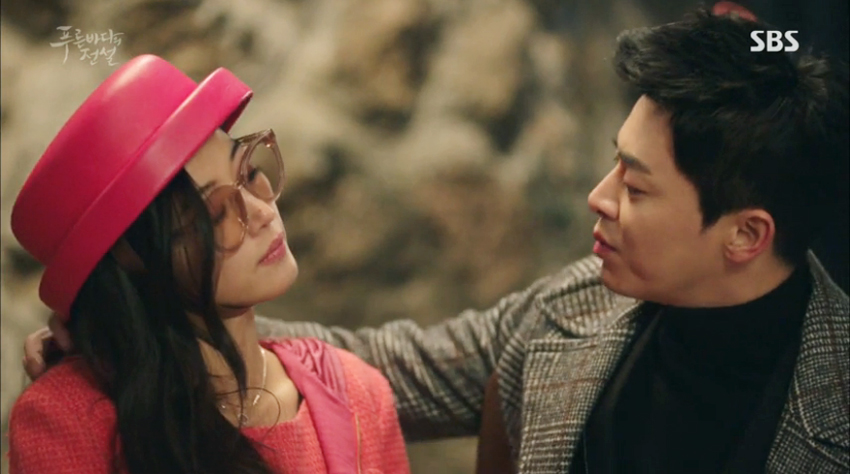 Viewers finally got to see Jo Jung Suk’s widely anticipated cameo in “The Legend of the Blue Sea” in the December 7 episode.

The actor first appears as Yoo Jeong Hoon, a 119 paramedic that “saves” Shim Cheong (Jun Ji Hyun) from committing suicide, or so he thought when he saw her about to jump into the water. The misunderstanding is quickly cleared up, but, as some viewers may have already guessed, there is much more to Yoo Jeong Hoon than meets the eye.

Yoo Jeong was also the much-needed push for the relationship between the two leads. Giving Shim Cheong advice on her romance troubles with Heo Joon Jae (Lee Min Ho), he suggested making him jealous, explaining that “men are all jealousy incarnates,” in reference to the actor’s recent drama “Don’t Dare to Dream (Jealousy Incarnate).”

It’s a cameo filled with hilarious moments from the start till the end, especially when he and Jun Ji Hyun put on a show of exaggerated affection in front of a very jealous and very furious Lee Min Ho. Jo Jung Suk’s comically sly acting was a veritable highlight of this exciting episode, which recorded an impressive viewer rating of 22.5% for its final scene, and 17.4% overall (nationwide).

Start watching “The Legend of the Blue Sea” below!