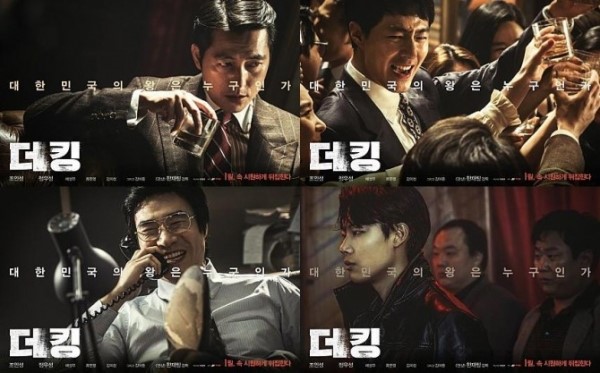 The first trailer for Jo In Sung and Jung Woo Sung‘s upcoming movie “The King” has broken the record for most views for a Korean movie trailer.

Since its release on December 1, the video has amassed 7.17 million views in seven days. The movie’s distributor NEW announced that this is the most views a trailer for a Korean movie has ever gotten.

The video became a hot topic because it seems to mirror the current political climate in Korea with scenes depicting power-hungry prosecutors and visits to a shaman. The movie is currently the most-anticipated movie on Naver, with the trailer ranked as the most-watched movie clip on the portal site.

“The King” is a political action-thriller that follows two prosecutors on a quest to wield absolute power through manipulation and deceit. The movie will be helmed by Director Han Jae Rim, and will star Jo In Sung, Jung Woo Sung, Ryu Jun Yeol, and Kim Ah Joong.

It will be interesting to see if the trailer’s popularity will translate into big box office numbers when the movie is released in January.