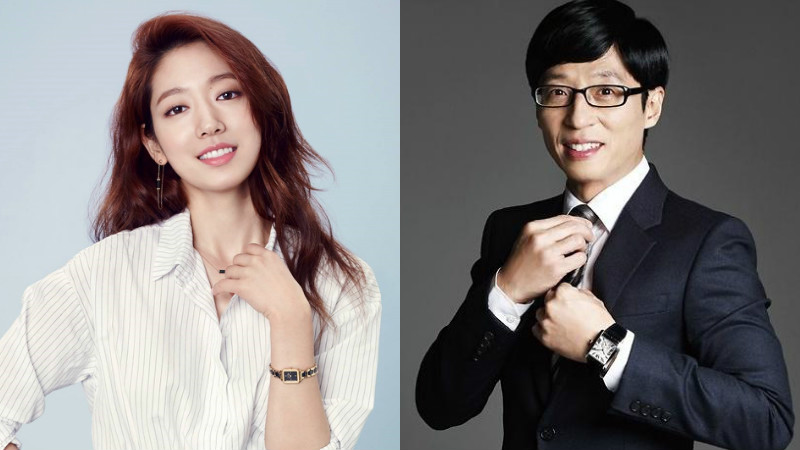 Park Shin Hye and Yoo Jae Suk recently made donations to help the victims of the Seomun Market fire.

The Hope Bridge Korea Disaster Relief Association revealed that both celebrities donated 50 million won (approximately $43,000) each to help the store owners who were affected by the fire in Daegu.

When asked to confirm this information, a representative of Park Shin Hye’s agency stated, “Even we didn’t know about her donation until later, but we have confirmed with her that she made the donation.”

Park Shin Hye is already well-known for her charitable activities, especially her work with Korea Food for the Hungry International, where she was recently inducted into the organization’s Philanthropy Club. Through her work, she has helped cover heating expenses for low-income families and built schools in the Philippines and Ghana.

It seems that Yoo Jae Suk’s donation was also done in secret, as Hope Bridge stated, “We saw that a donation was made in Yoo Jae Suk’s name and called his manager to confirm that it was him. His manager was surprised as even he was not aware of the donation.” Yoo Jae Suk is also famous for his acts of charity, making multiple donations over the years to victims of natural disasters, including October’s Typhoon Chaba.

Park Shin Hye
Yoo Jae Suk
How does this article make you feel?