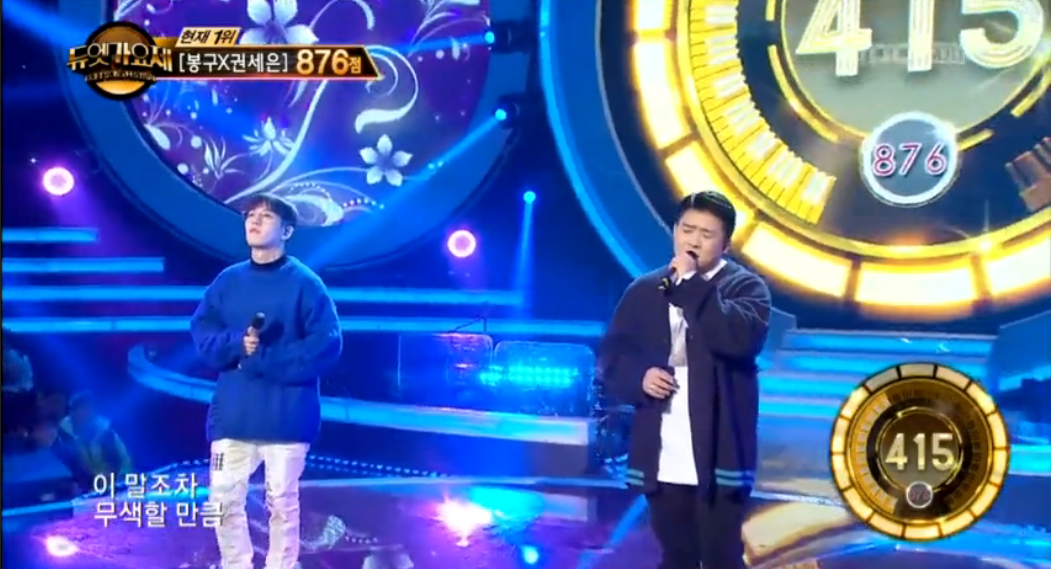 Block B’s Taeil has drawn attention for his considerate and kind actions towards his “Duet Song Festival” partner.

Taeil showed off his budding bromance on the December 9 episode of the popular MBC singing variety show.

After igniting excitement over his emotional rendition of “Polaris,” Taeil continued to the second round and returned with an even greater duet performance, filling the stage with their gentle voices, capturing the hearts of the females in the audience.

Continuing his praises from the previous week, the MC, Sung Si Kyung, mentioned, “The song was a full frontal attack that really touched your heart,” sparing no compliments for their performance.

In particular, Taeil showed off his close relationship with his singing partner Nam Tae Rim. Nam Tae Rim bragged that everytime he met with Taeil, Taeil would buy him coffee, donkatsu, soondae soup and even pork belly.

The bromance was confirmed when they revealed that they even commemorate their special days together!

Block B
Duet Song Festival
Taeil (Block B)
How does this article make you feel?