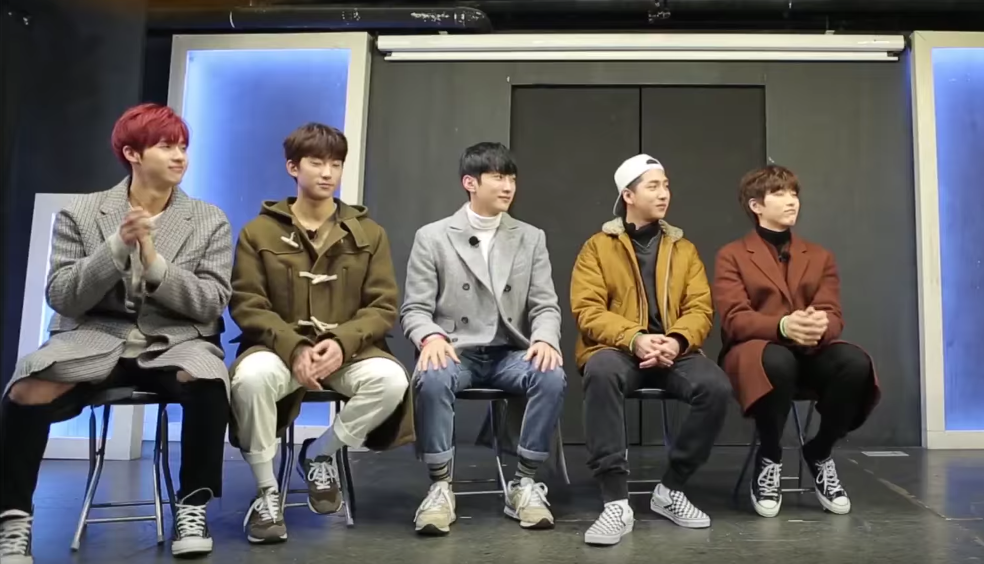 B1A4 Is Undeterred By The Infamous “7-Year-Curse”

On the December 10 episode of KBS2’s “Entertainment Weekly,” boy group B1A4 had an intimate pop-up concert and interview session with their fans.

When the host of the event carefully asked how they felt about the infamous “7-year-curse,” or the idea that most idols groups only seem to last about seven years, B1A4 had just one thing to say.

“It still hasn’t sunk in that we’re [approaching] six years since our debut. There is still so much I don’t know about the members, still so much to talk about with each other, and so many things we still have to do,” replied member Jinyoung. “This is just the start for us.”

While there is about a year and a half left until their seventh debut anniversary, B1A4 firmly stated, “There will be no ‘7-year-curse’ for us,” and said they want to continue promoting with all five members.

Meanwhile, B1A4 recently made their long-awaited comeback with “A Lie,” and already have two music show wins under their belt.

B1A4
Entertainment Weekly
How does this article make you feel?