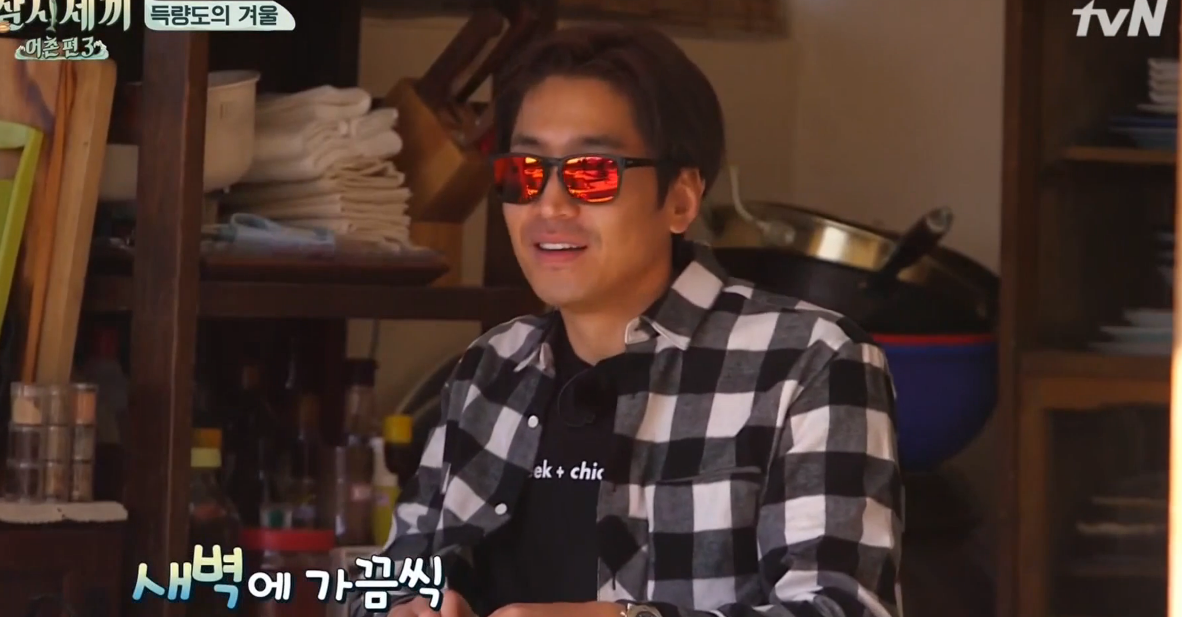 Even when they’re not filming, actor Lee Seo Jin is always thinking about tvN’s “Three Meals a Day.”

On the most recent episode of the variety show, producing director (PD) Na Young Suk asked Shinhwa’s Eric what kind of texts he received from Lee Seo Jin on a daily basis.

Showing his KakaoTalk inbox, Eric jokingly complained about how he only gets texts about what they should try to make. “Often times late at night, I get messages that only list various food dishes. Late at night…tian tian noodles, fried shrimp, things like that,” he revealed. 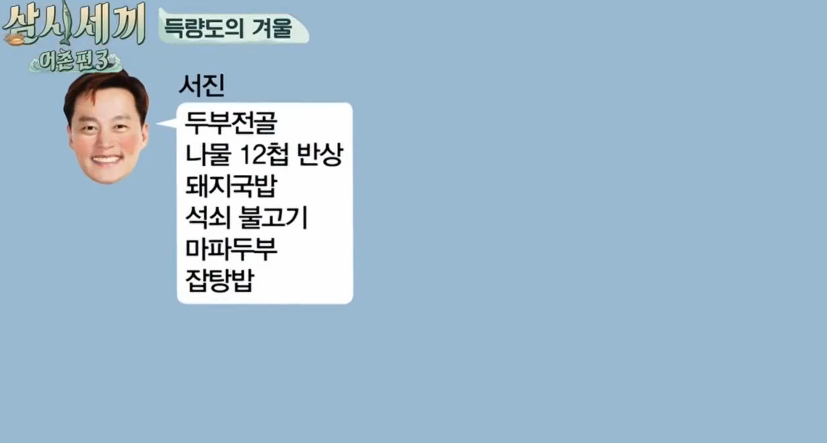 For example, the actor recently sent Eric a list of six different food items just the other day, with various meat and Chinese dishes.

Later, Lee Seo Jin sheepishly explained, “I do send [Eric] a lot of messages like that. Often times it’s not things I want to eat but rather things we haven’t tried making on the show yet.” He laughed while he revealed that he usually gets inspired when he sees the still-open restaurants while going home after a drink.

No one can deny that Lee Seo Jin is definitely dedicated to the show!

Three Meals a Day
Eric
Lee Seo Jin
Shinhwa
How does this article make you feel?