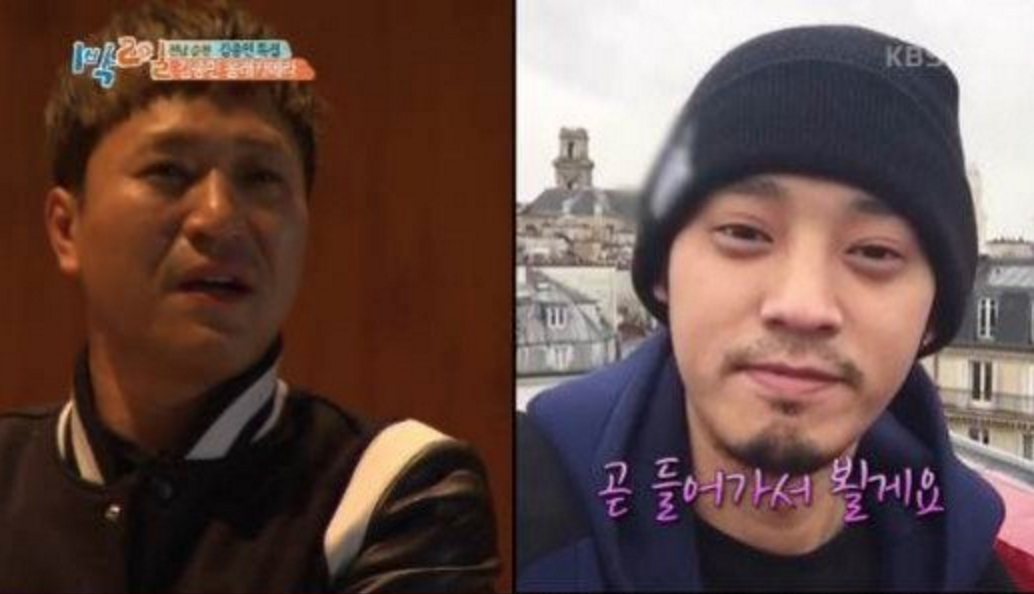 On December 11, “2 Days & 1 Night” aired the third part of their Kim Jong Min special, who is celebrating his nine years on the show. 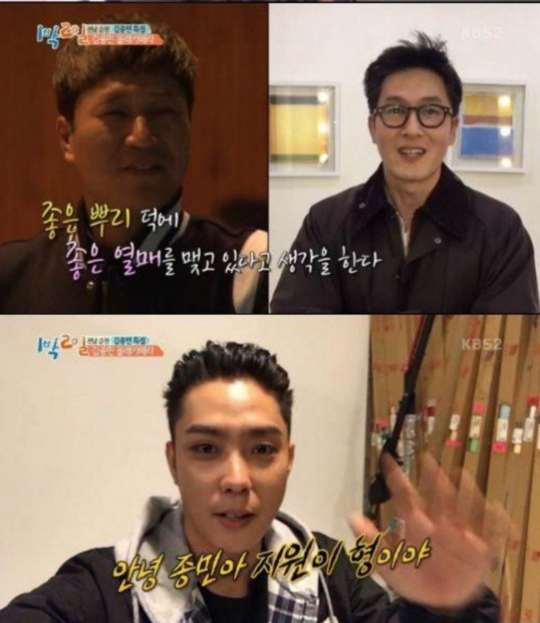 First was Kim Joo Hyuk, one of the original Season 3 members before leaving earlier this year. “When I appeared on the show, I didn’t watch it, but now that I’ve left, I’m staying tuned. I miss you guys that much. I think of Kim Jong Min as the root of ‘2 Days & 1 Night.’ Due to healthy roots, we can bear good fruit.” 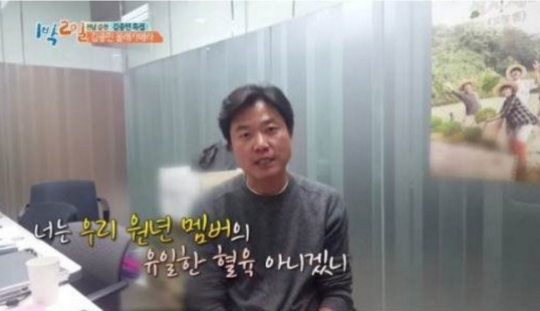 Next up was Eun Ji Won, an original Season 1 member, and Na Young Suk, a former producing director on the show. “We started out together but I had no idea you would keep going for so long,” Eun Ji Won said. “I hope you will keep on protecting the legacy of ‘2 Days & 1 Night.'”

Na Young Suk said, “When you went for your military service, I told you to work hard and not do anything stupid because we would accept you back when you were done. The current members are really good, but you are the last of the original members. Since you’re the only one left, I hope that you can keep on doing amazing things. I will cheer you on from behind.”

Next was Jung Joon Young, who is a current member temporarily on hiatus from the show. “I’m in Paris right now,” he said. “I feel regretful that I can’t be with you right now but I would like to come back as quickly as possible and continue to make good memories with you all.” 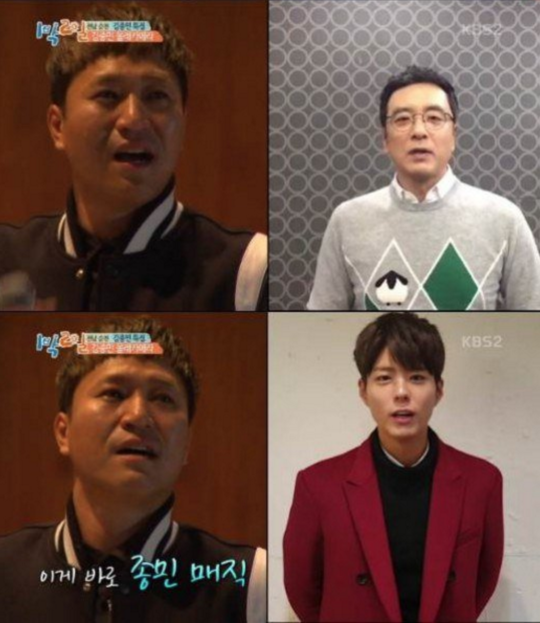 Other messages were sent by Kim Seung Woo, Park Bo Gum, and the students who had appeared on previous “school”-themed episodes of the show. Park Bo Gum said, “If there’s an opportunity, please call me again. Let’s go paragliding together.”