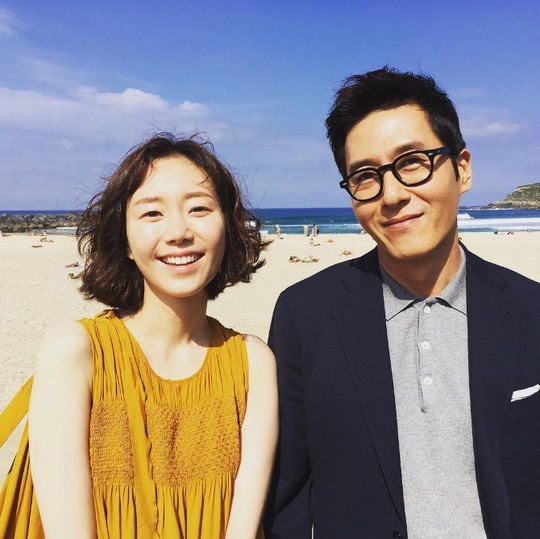 A new couple is born!

Kim Joo Hyuk and Lee Yoo Young have been confirmed to be in a relationship, overcoming a 17-year age difference.

The 44-year-old actor and 27-year-old actress first met while working on director Hong Sang Soo’s movie “Yourself and Yours” (working title). They are said to have become close through their shared interest in movies and acting.

An acquaintance who knows the couple said, “Though there’s quite an age difference between them, they fit so well together that they don’t feel a generational gap. From what I know, they developed feelings for each other while filming for their upcoming movie and they started dating once they were done filming.”

Despite both being well-known actors, Kim Joo Hyuk and Lee Yoo Young are said to enjoy their time together without worrying about what others think. They have reportedly been traveling around Korea together when their schedules match up, not even wearing hats or masks to cover their faces. Multiple eyewitness accounts from sources and the general public alike have been popping up recently.

Kim Joo Hyuk’s agency confirmed the news in an official statement that read, “Kim Joo Hyuk and Lee Yoo Young just recently started dating. We’ve confirmed with Kim Joo Hyuk that they have been dating for approximately two months, and they are only in the beginning stages of their relationship. We ask that you continue to look upon the couple warmly and support them.”

Congratulations to the new couple on their budding relationship!

lee yoo young
Kim Joo Hyuk
How does this article make you feel?