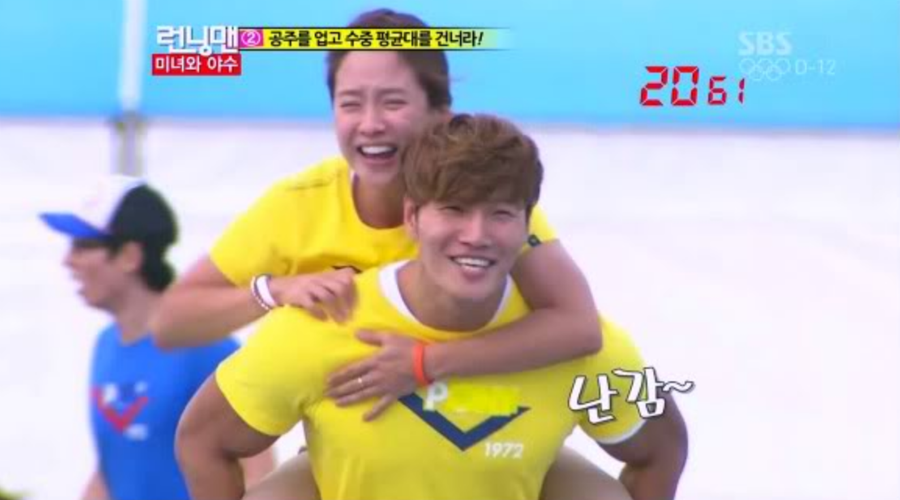 Recent news of Song Ji Hyo and Kim Jong Kook leaving “Running Man” — shortly after Gary’s departure from the show in October — has left fans in shock and disappointment.

However, the latest reports are saying that Song Ji Hyo and Kim Jong Kook did not make the decision to leave the show. Rather, the decision was allegedly made unilaterally by “Running Man.”

In an exclusive report by Ilgan Sports on December 14, a source said, “There was no mutual discussion about [Song Ji Hyo and Kim Jong Kook] leaving ‘Running Man.'”

A source from Song Ji Hyo’s agency MY Company confirmed this news, saying, “Two weeks ago, we heard from ‘Running Man’ that the show would be reorganized with two cast members leaving. We found out this morning that Song Ji Hyo would be one of the two leaving.”

According to the report by Ilgan Sports, Kim Jong Kook was informed that he would be leaving “Running Man” on December 12.

Kim Jong Kook’s agency and “Running Man” have yet to comment on this issue.

As reports are spilling out regarding the controversy over “Running Man” one-sidedly deciding that Song Ji Hyo and Kim Jong Kook were off the show, sources from Song Ji Hyo’s agency are actively speaking to media.

In a report by OSEN, Song Ji Hyo’s agency said that she and “Running Man” have parted on good terms.

To Newsen, a source stated, “She has a career as an actress, and she herself had considered leaving ‘Running Man’ as well. As such, we think her departure and the show’s reformatting are natural. However, it is true that there was lack of active communication and discussion. Speaking from an emotional point of view, it’s regrettable how it was handled, but we will be humbly accepting the production staff’s decision.”

Kim Jong Kook’s side has spoken about this matter.

A source stated, “We first heard from the producers of ‘Running Man’ that they would be reformatting the show, but we knew only that they were making changes to the lineup. We were later informed by phone that [Kim Jong Kook] would be leaving the show, two days before the reports came out.”

“His last recording will take place next week, on December 19,” they revealed in a report to OSEN.

They added, “He is currently working on music as always in order to make either a solo comeback or one with Turbo.”