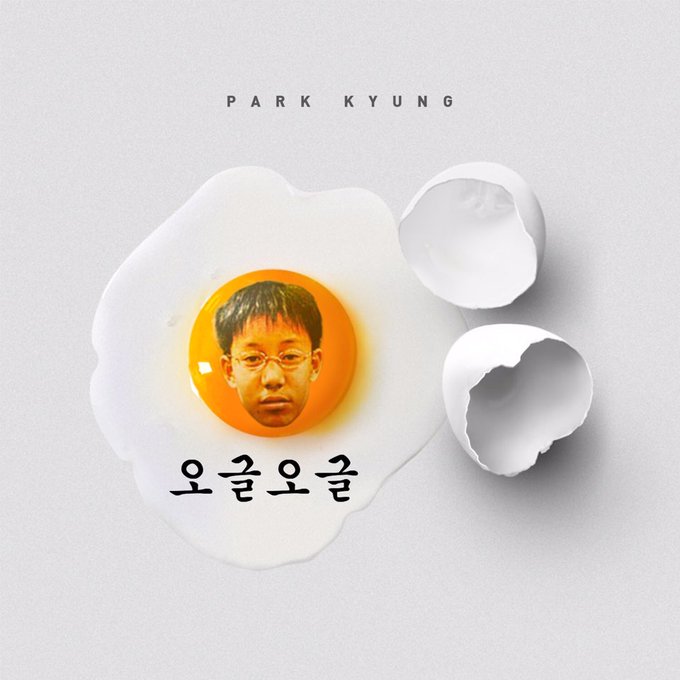 Park Kyung revealed the cover of his newest single, which is just a high-definition version of the same cover from 2013, yolk and all.

Who remembers Park Kyung’s mixtape from 2013?

On December 15 at midnight KST, Block B’s Park Kyung dropped a teaser for his upcoming solo comeback, which seems to be an official release of “Ogeul Ogeul.”

The track was previously revealed on Valentine’s Day back in 2013 ahead of his mixtape at the time, and uses Kero One’s “Let’s Ride” as its backtrack.

The teaser shows the rapper performing the song at a previous concert, before announcing it will be released on December 19 at midnight KST.

While waiting for the official release, also check out the mixtape version below!