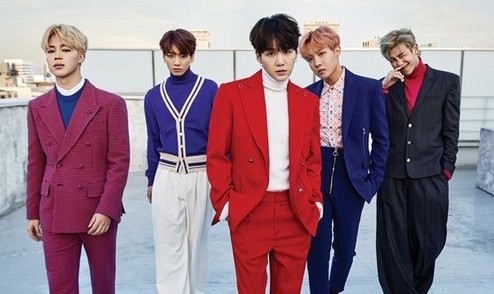 Fashion magazine Singles has teamed up with BTS for a winter photo shoot.

In the photos, BTS’s Rap Monster, Suga, J-Hope, Jimin, and Jungkook can be seen sporting leather jackets, winter coats, and turtlenecks that are perfect for the chilly weather. Each member had the opportunity take the lead on a concept that fit them best to create five different looks for fans to enjoy. 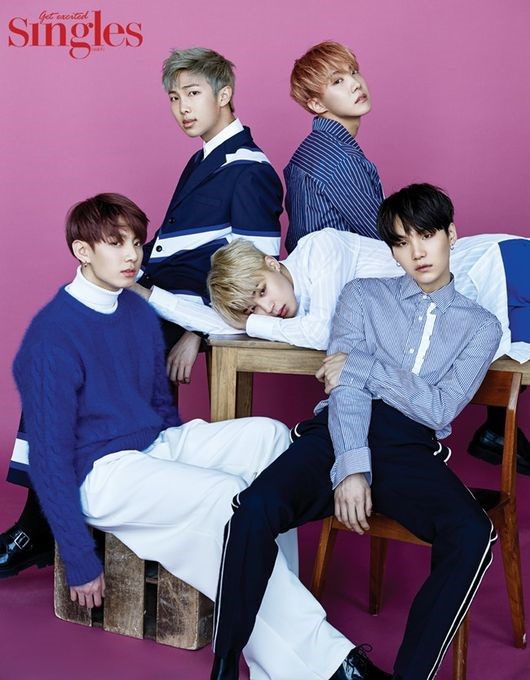 The group recently wrapped up their “Blood Sweat & Tears” activities and swept up a bevy of accolades at various awards ceremonies. They’re bound to feel a little bored with the repetitive routine of music production, rehearsals, broadcast activities, and performances. When asked this, BTS disagreed with the observation and instead expressed gratitude at being able to perform. “We’re actually having a lot of fun because this is what we want to do, and what we really like to do.”

Rap Monster revealed what drives him to keep working on music as he added, “There are times when I get a little tired from our packed schedule, but when that happens, a voice in my head tells me to write song lyrics.”

The members have actively participated in the production process of their music, both in group activities and solo work. Because of this, BTS is often described as standing in the crossroads of being identified as idols and musicians. Suga replied to this by stating, “Good music will always be recognized in the end. We don’t really differentiate between our identity as idols and musicians, we’re just people who make music. We’re always thinking about how we can keep making good songs.” His statement seemed to reflect the group’s confidence and passion about wanting to keep giving their fans good music. 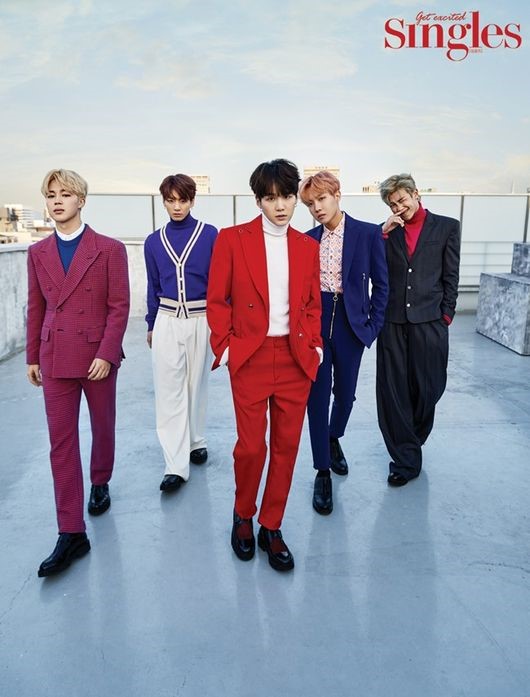 BTS’s trademark is definitely their charismatic choreography. They added more sex appeal to their latest round of activities to capture people’s hearts. Voted the sexiest member by his fellow members, Jimin was picked to talk about this. “Our concept [for “Blood Sweat & Tears”] was ‘temptation no one can refuse’. We all thought about when we are at our sexiest so we could create a performance that perfectly matched that concept. The other members gave great answers of feeling sexiest when they’re focusing on their work, making music, and practicing choreography.” He revealed his hidden sex appeal in jest by concluding with, “I, on the other hand, think I look sexiest when my eyes get puffy.”

Though they are sexy and charismatic on stage, the members of BTS are a mischievous group of guys off-stage, and it makes one wonder what their dorm life is like. All five members stated that they don’t have any complaints about living together. They actually worry about how uncomfortable it would be if they lived apart. When asked if they ever feel like they need some alone time, Rap Monster joked, “Sometimes when V is lost in his games with his headphones on and suddenly shouts, I genuinely consider moving out.” Jungkook added, “I’m happy because I’m the only one who gets his own room because I won in a game of rock, paper, scissors.”

BTS’s special photo shoot and interview will be included in the online and offline versions of the January issue of Singles.

For a sneak peek of what’s to come, check out their teaser video!

BTS
Singles Magazine
How does this article make you feel?