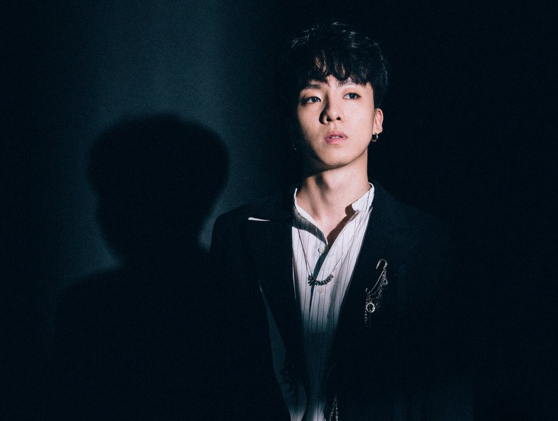 Topp Dogg’s leader P-Goon recently took to Twitter to demand Cho PD to tell the truth about payments for performances.

On December 15, the leader of Topp Dogg posted on his personal Twitter account, saying, “Hello. This is Topp Dogg’s leader P-Goon. Our former CEO, Cho PD, previously signed a contract with Timo Japan for our Japanese Showcase Tour, where we had eight performances. But he has not filled out a statement of accounts for those performances, and the payment is about 300 million won (approximately $255,000). I want to know the truth about the neglected payments.”

He continued, saying, “Looking at Topp Dogg’s statement of accounts for the past three years of activities, the eight performances have not been written in the statement despite the conclusion of the Japanese performances. Cho PD is currently in a lawsuit with our agency Hunus Entertainment and has parted ways with them. I demand for Cho PD to tell the truth.” 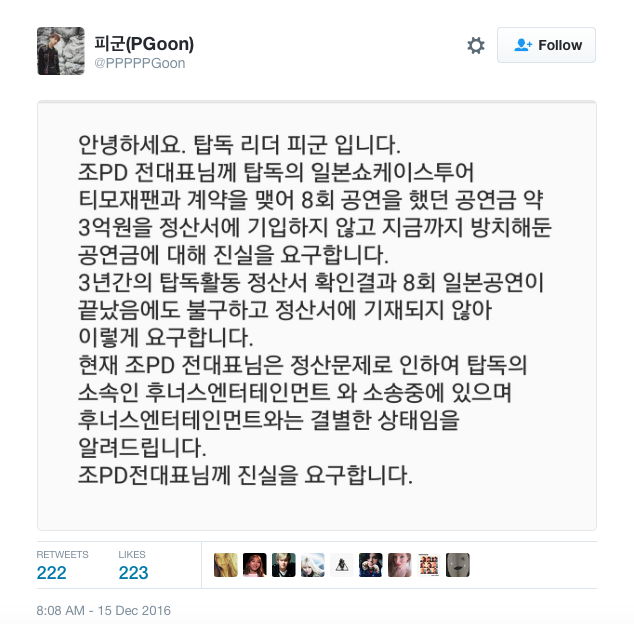 In regards to this, a source from Topp Dogg’s side revealed, “The message was directly written by P-Goon. Topp Dogg is already signed under Hunus Entertainment. It is P-Goon and Cho PD’s personal issue.” P-Goon’s message on Twitter has since been deleted.

Meanwhile, Topp Dogg previously made their comeback with “Rainy Day.”

Topp Dogg
p-goon
Cho PD
How does this article make you feel?