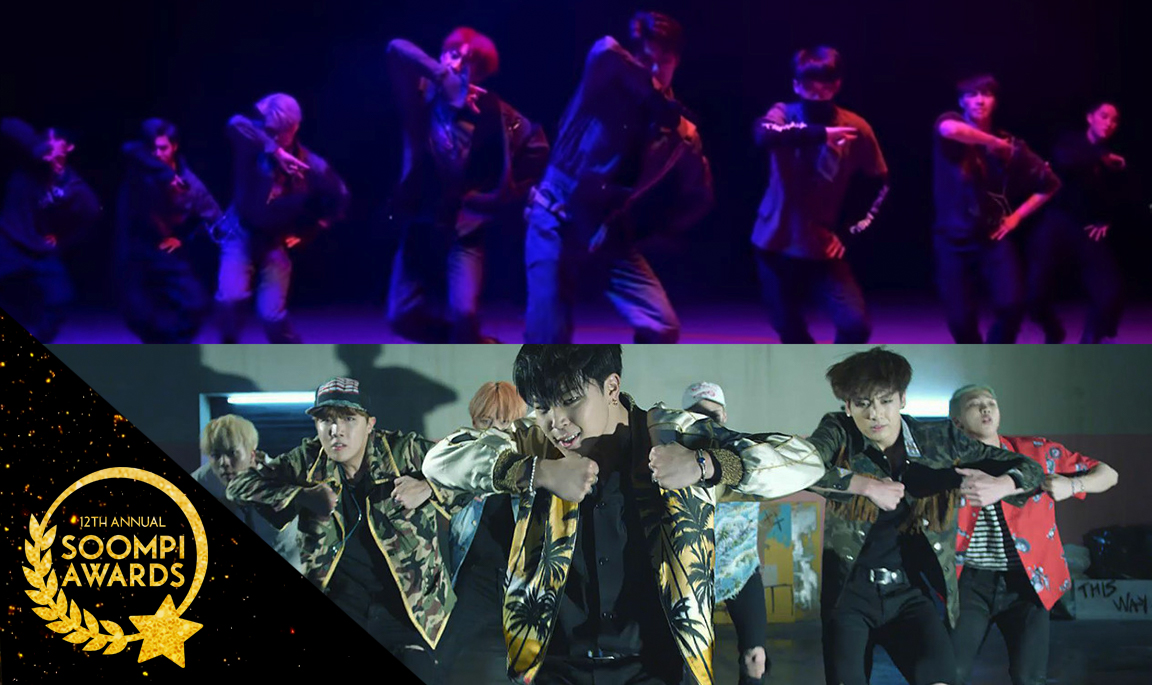 SEVENTEEN continued to impress fans this year with their elaborate choreography and another fun song to top playlists. It’s hard to pick a favorite version of the dance video.

EXO returned after a year with a darker concept and crept their way back into our hearts, not that they ever really left. This choreography is just another reason why we always can expect the best from them.

BTS received raves for this complicated choreography that even the choreographer and his team said they had difficulty learning. Despite learning it from a video, BTS mastered it perfectly.

TOP Entertainment is known for producing groups with precise choreography and dances that use difficult footwork. UP10TION continues this in their dance for “Attention.”

After shining in 2015 with their work ethic, GFRIEND continues to dominate as a precision-choreography team and it’s a rare day these girls miss a beat. Nothing can keep these girls down.

This rookie group appeared on the scene with a fun song to welcome Spring and some of DQ Dance Team’s most difficult choreography to date. These guys know how to make exhausting choreography look like a ton of fun.

After expanding their sound in the beginning of 2016, VIXX returned to dark themes with “Fantasy,” giving fans another strong dance that grants all the feels.

YG’s new girl group has proven worth the weight; not only do they impress with their songs, but they showcase some amazing teamwork and choreography that even their choreographer praised.

One of the most popular jams of the year, TWICE dominated charts with this catchy song and addictive dance we couldn’t help but learn pieces of just to join in the fun.

MONSTA X showcased powerful concepts throughout 2016 and their usual strong choreography that shows they’re not a group that messes around.

SM Entertainment’s first unit of their massive new project hit the music scene with a bang and this impressive choreography and aesthetic to start off the new group with a bang.

Jay Park – All I Wanna Do

Jay Park teamed up with 1Million Dance Studio to give us this amazing dance featuring the company’s top dancers and some of the choreographers behind 2016’s most famous dances.

Taemin paired up with an up-and-coming choreographer in Japan and brought us this magical dance that won him first place in the first round of Mnet’s “Hit the Stage.”

INFINITE returned after over a year hiatus with this powerful song and dance that was definitely worth the long wait. Hopefully fans won’t have to wait as long for another amazing album.

Jackson welcomed K-pop fans to his world and GOT7 showcased some amazing footwork in the dance for “Hard Carry,” giving fans another great song not long after releasing “Fly.”

Fans have a daunting task ahead of them with all these amazing groups and choreography. 2016 gave us another year of impressive dance moves and plenty reminders of the spectacular talent in K-pop. Only one can claim the top stop in the 2016 Soompi Awards but each dance is already a winner in our hearts.