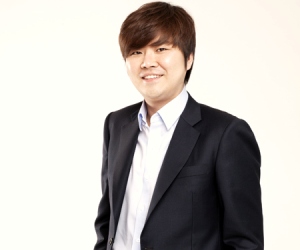 FNC Entertainment’s founder, Han Seong Ho, is also a producer that participates directly in the albums of his agency’s artists. Among entertainment agency founders, he is relatively young, and he values communication with his artists and tries to support them like an older brother or father.

However, FNC has weathered many scandals this year, such as AOA coming under fire for being unable to identify a famous historical figure, CNBLUE’s Jung Yong Hwa and Lee Jong Hyun being investigated for insider trading, and most recently Lee Se Young’s sexual harassment controversy on “SNL Korea.”

In an interview, Han Seong Ho said, “It was difficult for me, of course, but it was really hard for all of them. Even so, I thought that this would eventually become a moment that we would be grateful for in the future. I hoped that it would make me a better, more experienced leader and help make my artists and staff even stronger. The more you try to isolate yourself from germs, the sicker you’ll be. I think of this year as a kind of vaccine that will enable FNC to keep going for the next 10 years.”

He added, “Lee Se Young’s scandal occurred not long after she joined the agency. She came to me in tears and apologized. She’s admitted herself that she did something wrong so she is currently taking a hiatus to reflect on herself. In the past she worked without an agency, and wouldn’t it have been difficult for her to weather something like this on her own? Instead of being apologetic to me, I want her to think that it’s a relief that we’re here for her. After she takes some time off to mature, she will have to restart.”

Although 2016 is FNC Entertainment’s 10th anniversary, the agency plans to wrap up the year with a charity bazaar rather than any major events. Han Seong Ho is also busier than ever now that the agency includes FNC Ad Culture as well.

“We are planning to debut some new artists, and AOA will start off 2017 with their first studio album,” Han Seong Ho revealed. “We’ve already settled which artists will be making comebacks in the first half of the year. We are also planning to step up our drama production as well. We want to hear things like, ‘That’s a FNC production too?’ more often.”

He concluded, “Entertainment is making people feel good. Our goal is to be a good company by expanding into entertainment that makes you laugh and feel good. Ten years ago, I wanted to be a first-place company, but my thoughts have changed. I want to be a company that works together with its artists and staff. If I worked towards the ‘No. 1’ goal in the past, I want to work for a different meaning now. In ten years, I hope that FNC will have matured into a greater company.”