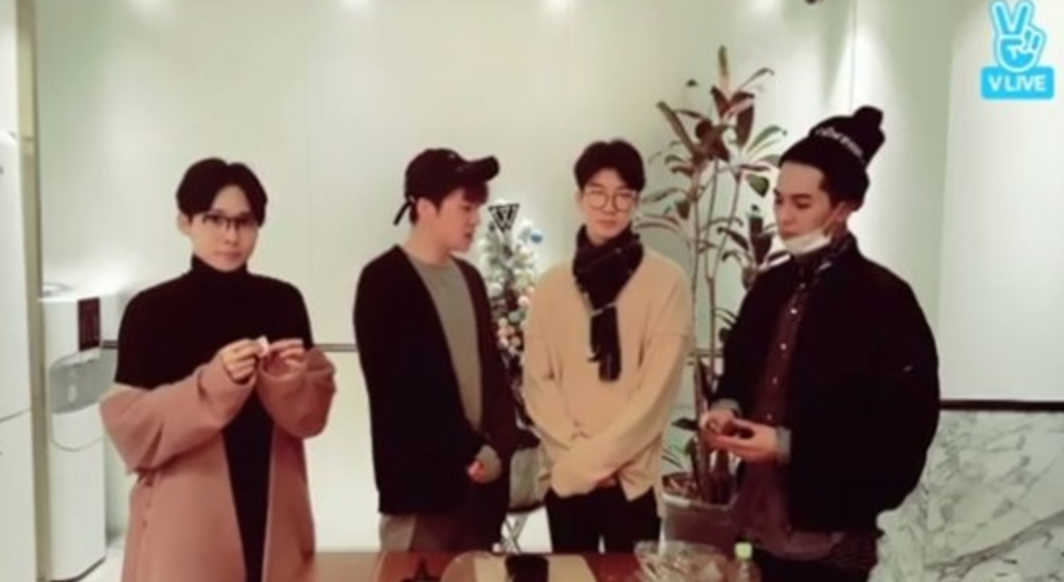 WINNER has given an update for fans who are eagerly anticipating their comeback early next year!

On December 15, WINNER did a live broadcast through Naver’s V App to meet with fans and talk about what they’ve been up to.

Song Mino replied, “I’ve recently been doing a lot of studying for history. I’m nearly at a doctorate level in history now. I know a lot about naval warfare now. I know about the Imjin War, at the time of the Joseon Dynasty in 1592 and then afterwards there was another Japanese invasion. That’s when General Yi Soon Shin struck back and fought them.” Song Mino is currently in the midst of a hip hop project with MBC variety show “Infinite Challenge,” in which he and other hip hop artists, such as Dynamic Duo’s Gaeko, Dok2, Block B’s Zico, BewhY, Dindin, and others, will be forming pairs with the “Infinite Challenge” members to make hip hop songs about history.

Lee Seung Hoon remarked, “You can go lecture at a school now,” to which Song Mino then laughed as he responded, “The only thing is, I only know about the Imjin War well. I can’t really answer questions about other parts in history.

WINNER also took time to talk about their upcoming plans for the new year. Kang Seung Yoon said, “We are preparing for an album early next year. We’ve promised to remain active in other ways until then and so we came together, the four of us, to see you all today. We hope its a good gift for you all.”