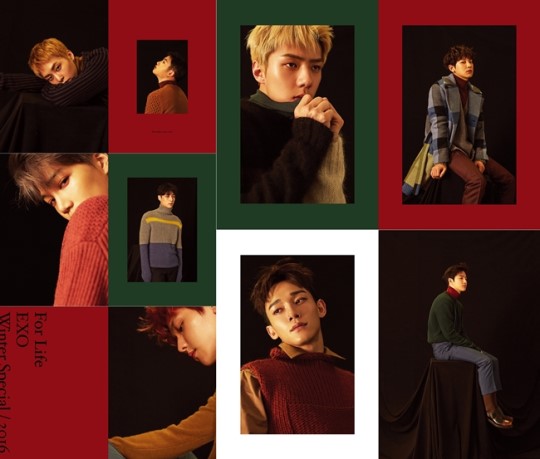 SM Reveals Why EXO Releases A Winter Album Every Year

It’s the holiday season, and we all know that means EXO is bringing something special!

EXO will be making a comeback with their special winter album “For Life” on December 19. This is their fourth end-of-the-year project following 2013’s “Miracles in December,” 2014’s “December, 2014 (The Winter’s Tale),” and 2015’s “Sing For You.” The group plans to end the year on a high with their upcoming album, especially since it will bring the all the members back together after various solo and unit activities.

On why EXO releases a special album every year, SM Entertainment explained, “The special winter album that EXO releases every December is meant to be a special Christmas gift for all of EXO’s fans. By releasing winter songs of a high caliber in December, the members hope to express their gratitude for the fans who have given the group their unwavering love and support throughout the year.”

With only a few days left till the album drops, it’s definitely beginning to look a lot like Christmas.