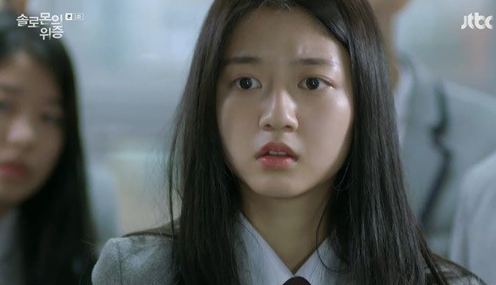 On December 16, JTBC aired the first episode of “Solomon’s Perjury,” dealing with the strange death of Lee So Woo (Seo Young Joo), and his classmates who seem to be hiding something related to this case.

One day, Lee So Woo gets physically assaulted by Choi Woo Hyuk (Baek Chul Min) in a fight. However, Lee So Woo gets sent to the Commission of School Violence instead of Choi Woo Hyuk. The head of judicial affairs Han Kyung Moon (Jo Jae Hyun) advises Lee So Woo to move schools. The situation is downright baffling since the victim of violence has to suffer the consequences instead of the assailant. 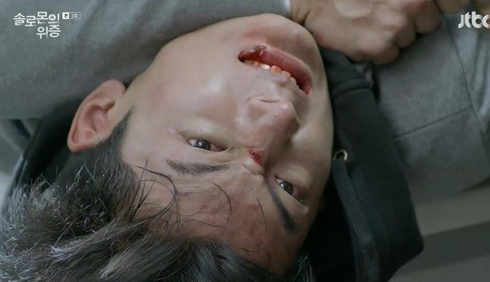 Lee So Woo ignores Han Kyung Moon’s suggestion and packs his things to leave school. As he leaves, his classmates mock and make fun of him. When he runs into Go Seo Yeon (Kim Hyun Soo), who is reluctant to testify as a witness of that fight just like everyone else, Lee So Woo says, “You’re the same.” 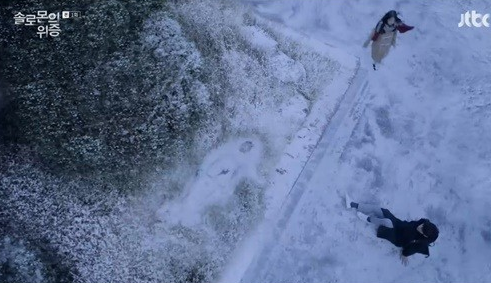 Lee So Woo is later found dead at school. On Christmas day, Bae Joon Young (Seo Ji Hoon) arrives at school early and finds Lee So Woo’s corpse buried in the snow. The school acts fast and covers this case as a suicide, since Lee So Woo had depression. Han Kyung Moon gives evidence of similar cases of death in school and insists giving compensation funds to the family of the deceased to prevent protests later on. 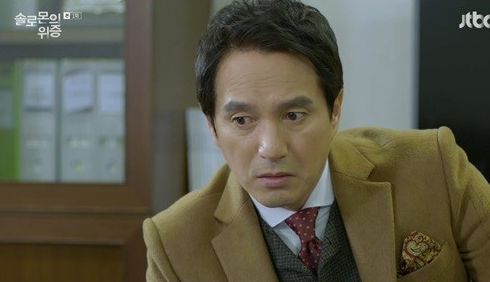 While the school works on covering this up, some students wonder if this is a homicide instead of a suicide. The most viable suspect, they say, is Choi Woo Hyuk. Plus, a classmate named Lee Joo Ri (Shin Se Hwi) tells her friend Park Cho Rong (Seo Shin Ae) that Lee So Woo did not commit suicide. 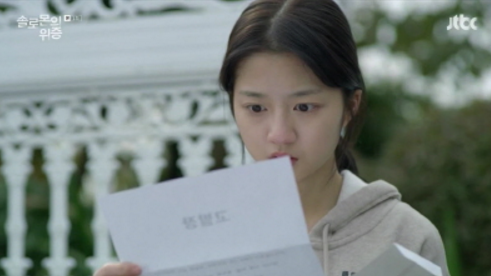 By the end of the episode, Go Seo Yeon receives a bill of indictment in the mail. The paper states that Lee Seo Woo did not kill himself and was actually killed by a mob of students on the school rooftop.

You can watch the first episode below!

What are your thoughts on the plot, and who do you think the culprit is?