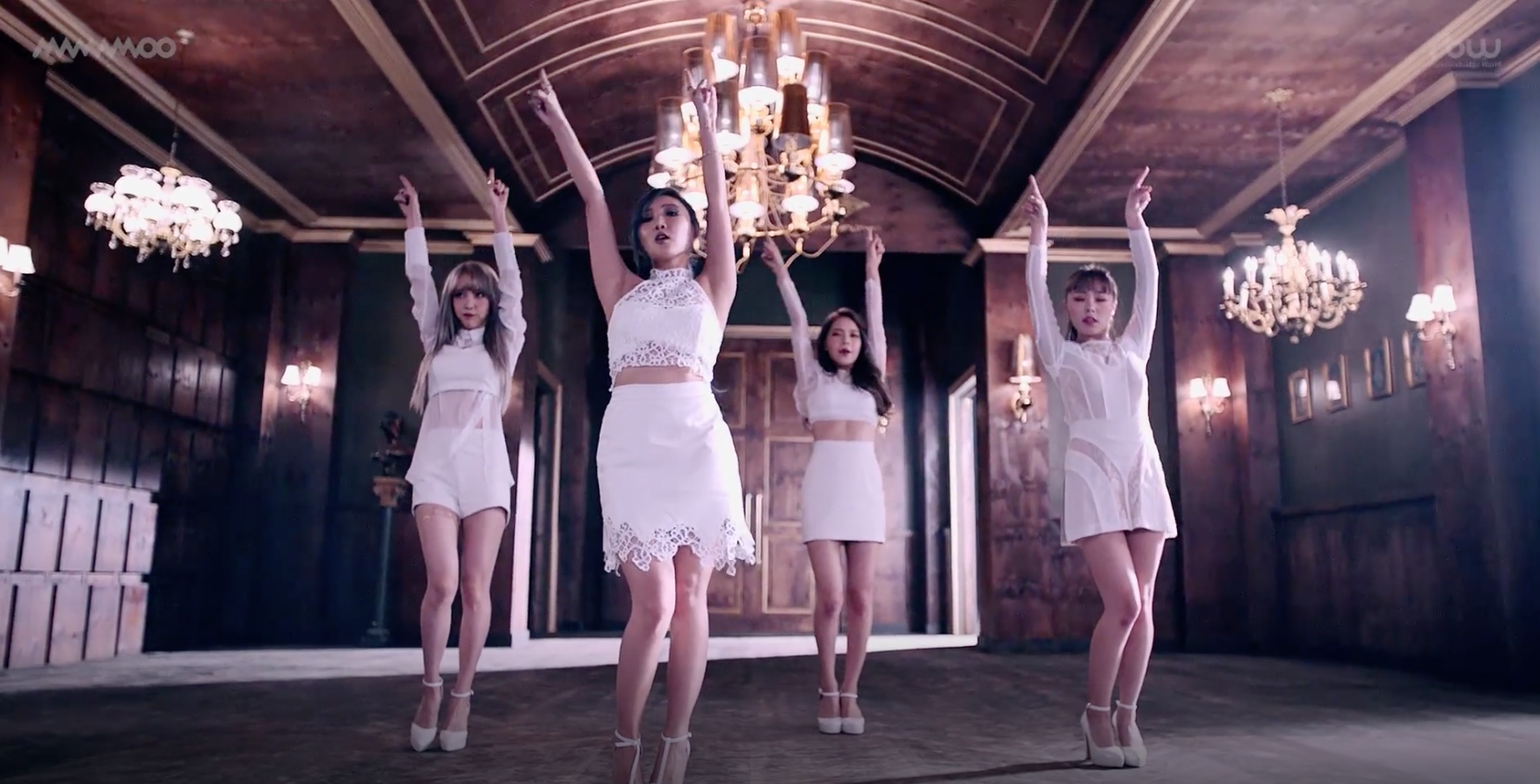 MAMAMOO repeats as No. 1 this week with “Décalcomanie.” While this song did not win any music shows last week, it is consistently among the top songs on all our chart sources. Congratulations again to MAMAMOO!

There are two new songs in the top 10 this week. Moving up 14 spots to No. 2 is Block B’s Zico with his latest hit, “BERMUDA TRIANGLE,” which features the vocals of Crush and Dean. Zico really established himself as a songwriter and solo artist this year. His song “I Am You, You Are Me” is one of the longest running hit songs on our chart this year. As a songwriter, Zico wrote last week’s No. 2 song, Kim Sejeong’s “Flower Road.” His latest track, “BERMUDA TRIANGLE,” is a hip-hop song with a unique melody and lyrics that show Zico’s confidence and self assurance. This song also won on “Inkigayo” last week!

Up 12 spots to No. 6 is Jung Seung Hwan’s “The Fool.” It is his first top 10 hit. Jung Seung Hwan was the runner up of “K-Pop Star” Season 4. He became famous this year after singing one of the top drama OST hit songs, “If it is You” from the drama “Another Oh Hae Young.” Now he has finally released his first mini-album “The Voice.” “The Fool” is one of the two title songs on this mini-album. It is a ballad track with lyrics that describe the typical things that happen after a breakup.

This is our last music chart of 2016. We’ll be taking the next two weeks off and will return on the first Saturday of 2017. Thank you for your support, and we wish you all the happiest of holidays!