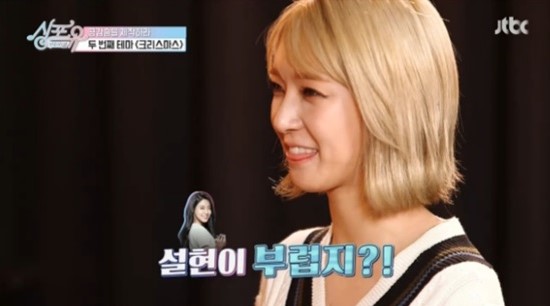 AOA’s Choa was recently flustered by the curveball question that Hong Kyung Min threw at her during a game of “Of Course.”

On the December 17 episode of JTBC’s “Sing For You,” Choa went up against Hong Kyung Min in a game of “Of Course,” where both players take turns to make claims about the other person, who must then reply with “Of course,” or lose the game. The game usually ends up becoming a hilarious battle of wits, as each side comes up with increasingly ridiculous and incriminating claims about the other. In “Sing For You,” the winner gets to choose the story with which they must then produce a song for.

The moment the game began, Hong Kyung Min showed no mercy as he asked Choa, “To be honest, aren’t you jealous of Seolhyun?” In order to win, Choa yelled back “Of course!” and sent the studio into a great commotion. 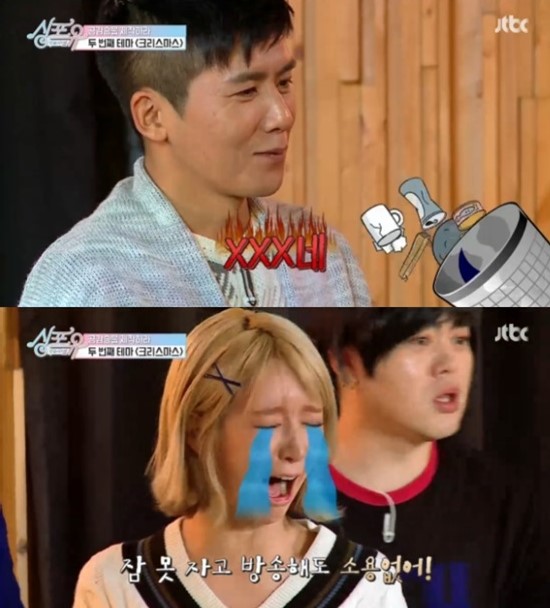 She then smartly took advantage of the moment, pretending to cry as she said, “I’m jealous of Seolhyun’s figure. Even if I work for 10 hours, I won’t be able to earn as much as her.” Her forlorn words successfully turned the tables on Hong Kyung Min, who then became flustered. The other MCs also joked, “Is it time for AOA to hold an emergency press conference?”

“Sing For You” is a music program where songs are produced based on stories that surround themes like encouragement, separation, and confession. The MCs are Hong Kyung Min, Moon Hee Jun, producer Yoo Jae Hwan, and AOA’s Choa.

AOA
Choa
Hong Kyung Min
Seolhyun
How does this article make you feel?