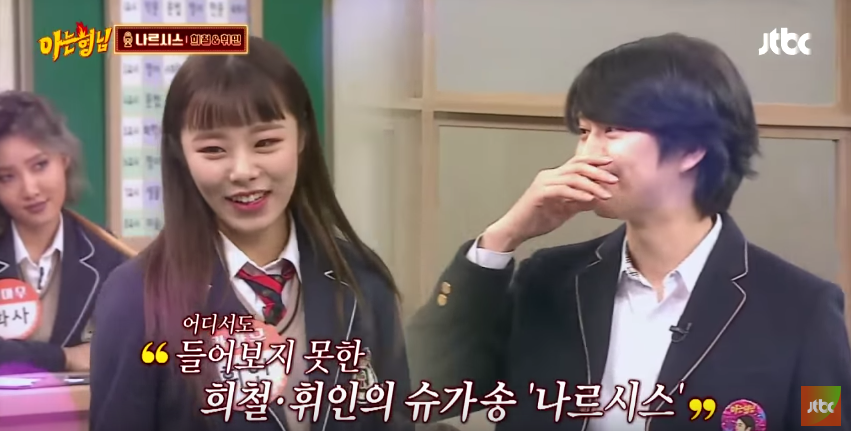 Watch: Min Kyung Hoon Has Only One Question For Kim Heechul And MAMAMOO’s Wheein

MAMAMOO made a hilarious appearance on the December 17 broadcast of “Ask Us Anything.”

During the episode, the cast members asked Wheein who she’s close to from the show. When she named Super Junior’s Kim Heechul, Hwasa amusingly said, “What is going on between you two?”

The truth was that they had gotten closer when they worked together on a SM STATION release earlier this year. Min Kyung Hoon suddenly butted in and asked, “Did it do well?” 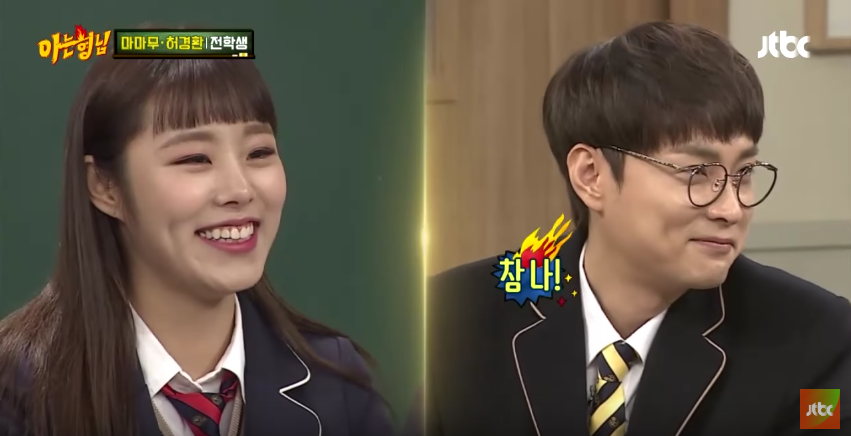 He then jokingly smirked when Wheein answered no, and gave Heechul a high-five since their duet together performed well on the charts.

Wheein and Kim Heechul also performed their duet “Narcissus” live for the first time since its release, so check it out below!

MAMAMOO
Super Junior
Wheein
Ask Us Anything
Min Kyung Hoon
Kim Heechul
How does this article make you feel?