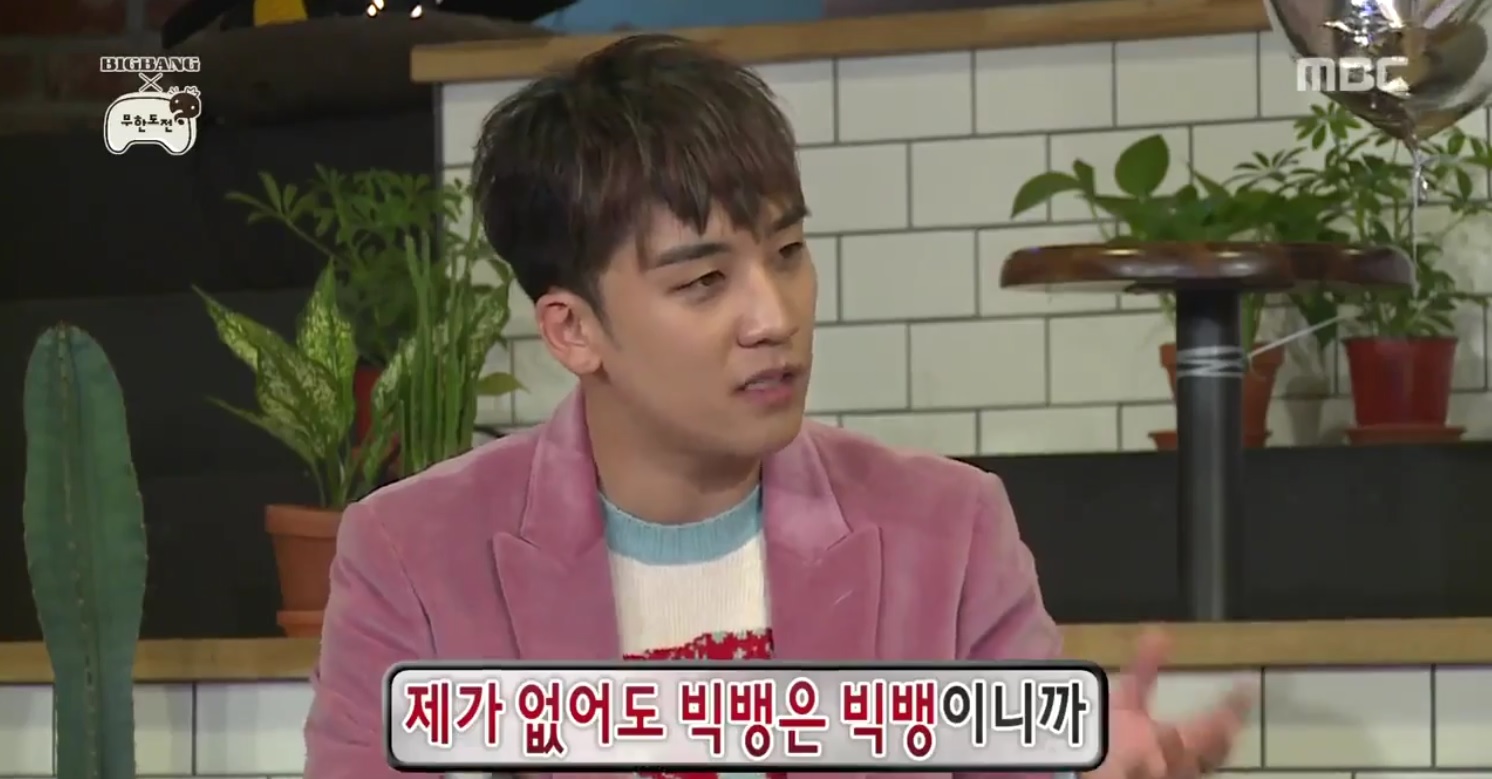 BIGBANG’s Seungri recently talked about how he thinks the group will still be as successful without him.

The December 17 episode of MBC’s “Infinite Challenge” featured all five members of BIGBANG as their guests for the day.

During the “Honest Talk” segment, the members were asked to press a button if they thought that BIGBANG could not survive without them. Seungri revealed that he didn’t press the button, saying, “Even without me, it’ll be okay because BIGBANG is BIGBANG.” MC Yoo Jae Suk then took the conversation on a sudden swerve into comedic territory by asking him to repeat it in Mandarin, a follow-up from a previous segment where he showed off his acting skills in various languages. Seungri was taken by surprise, but still pulled it off fluently. 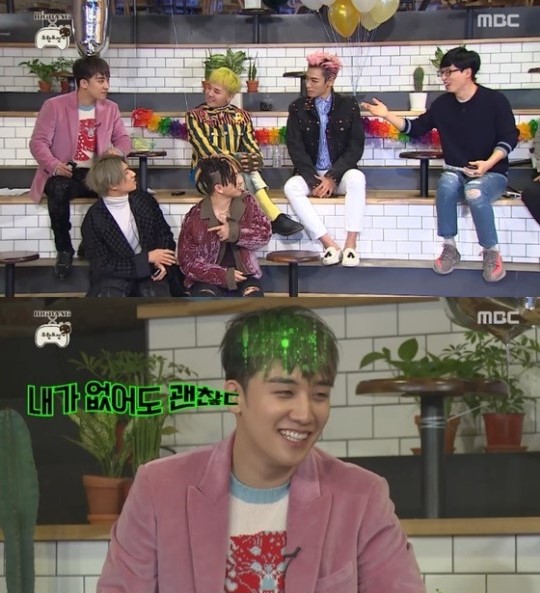 He then said in Japanese, “The members all have their own unique characters, so even if I’m not around, they can still make fans happy with their individual charms,” showing off his excellent language skills.

But when asked to express the same sentiments in English, the singer cracked everyone up when he replied, in his usual Seungri-style, “BIGBANG has five members…. business.”