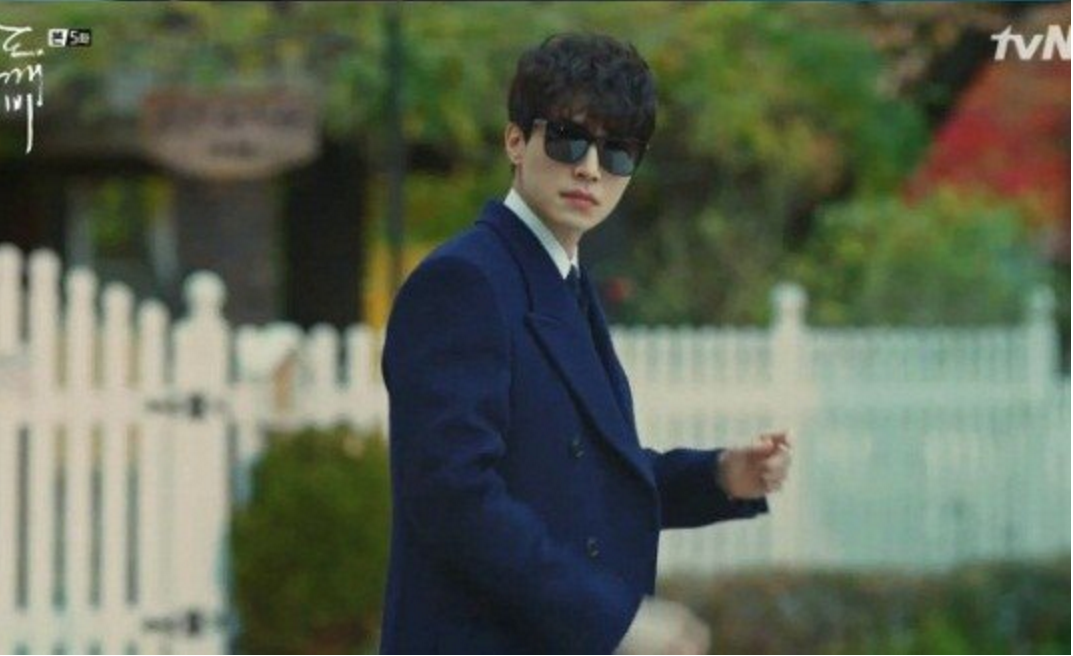 Lee Dong Wook Gets Some Hilarious Suggestions For Names On “Goblin”

On the December 16 episode of tvN’s “Goblin,” Lee Dong Wook and Yoo In Na’s love story started developing in earnest.

In the episode, Sunny (Yoo In Na) met the grim reaper (Lee Dong Wook) by chance at an overpass and she asked him bluntly why he didn’t call her. The two of them went to a nearby cafe but the grim reaper was hilariously out of his depth in dealing with Sunny, though he did say, “Because you smile, I keep looking at you.”

As the grim reaper is not human, he got hung up on not having a human name. This was the reason that he was not able to call her, as well as not knowing how to use a smartphone.

Eventually the grim reaper asked Ji Eun Tak (Kim Go Eun) to give him a human name and requested, “Give me the name of a man that women like.” Eun Tak suggested Hyun Bin, Won Bin, and Kim Woo Bin, finally adding, “What about Park Bo Gum?”

Finally the (still nameless) grim reaper was able to call Sunny (with the help of Gong Yoo) and the two of them set up a date, furthering their burgeoning love story even more.