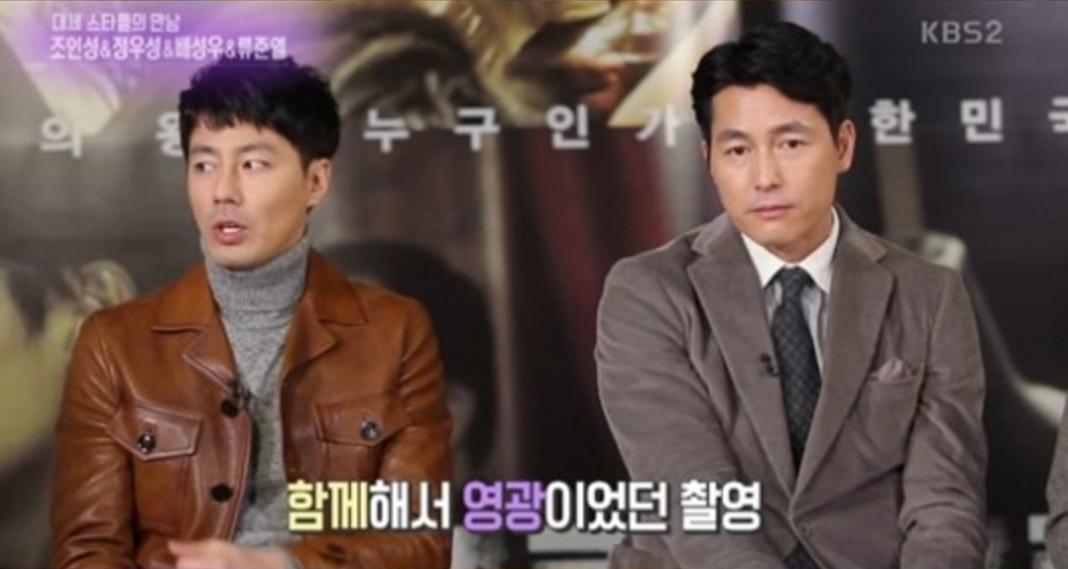 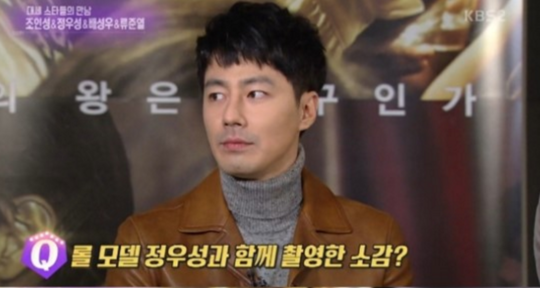 Jo In Sung had previously named Jung Woo Sung as his role model. In the interview he said, “I joined the film because Jung Woo Sung extended his hand out to me. From now on, he will continue to be my role model. I felt extremely lucky [to work with him].” 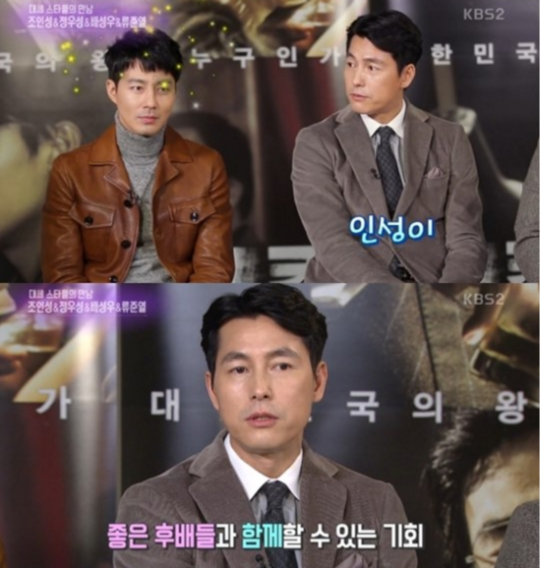 Jung Woo Sung, meanwhile, said that the reason he appeared in the film was because of Jo In Sung. “It’s because my personality is good,” he added as a joke, using a pun on the word “insung,” which also means personality.

Entertainment Weekly
Jo In Sung
Jung Woo Sung
The King
How does this article make you feel?