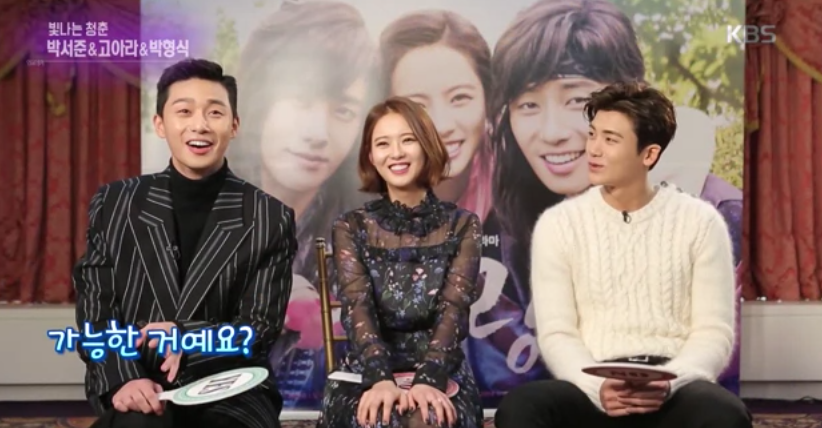 The main leads for “Hwarang” have revealed what they want to do if the show breaks through 20 percent ratings!

On December 17, Park Seo Joon, Go Ara, and Park Hyung Sik sat down for an interview for their upcoming drama “Hwarang.”

During the interview, the main cast was asked to make a ratings promise, to which Park Hyung Sik asked out of curiosity, “When did this first start to become a thing?” The singer-turned-actor then boldly suggested 28 percent to 30 percent ratings as a goal, to which Park Seo Joon quickly said, “Please edit this out.” 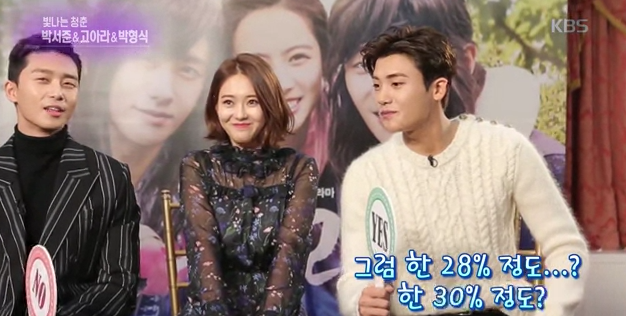 Park Seo Joon then asked, “If we suggest something, then the production staff can make it happen right?” After confirming it with the staff, he said, “Then I don’t know what I’ll do,” and hilariously suggested going to the Grand Canyon, causing everyone to crack up on set. 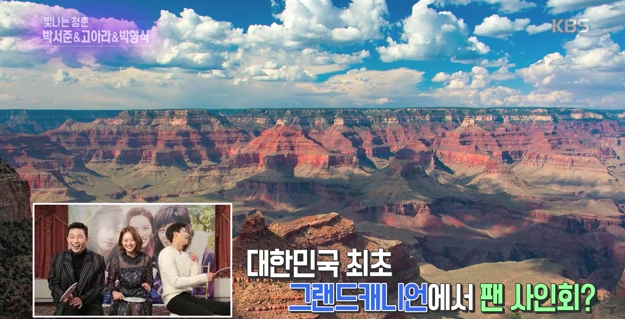 The actor then shared his actual ratings promise, saying that if the show broke through 20 percent ratings, then they could do something such as camping.