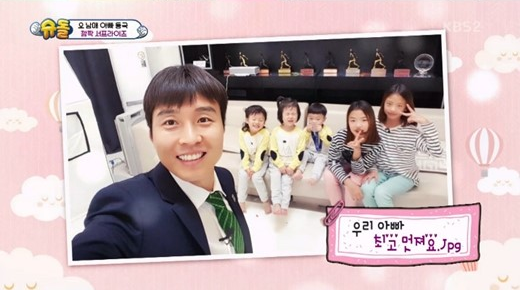 To celebrate Lee Dong Gook’s recent win at the Asia Champions League, his five children got together to throw a surprise party for him.

KBS 2TV’s “The Return of Superman” aired its 161th episode on December 18 with the title “Fathers are a child’s first teacher.” 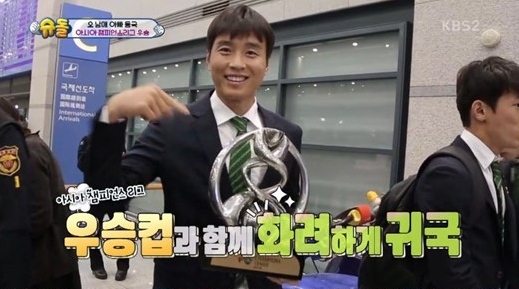 In the episode, Lee Dong Gook can be seen returning home after winning the Asia Champions League with the winning trophy in his hands. However, what was waiting for him was what seemed like an empty house.

This was, of course, a ruse for the surprise party his children had prepared. Led by the eldest children, Je Shi and Jea, the children go to a party supply store to pick up decorations for the event. 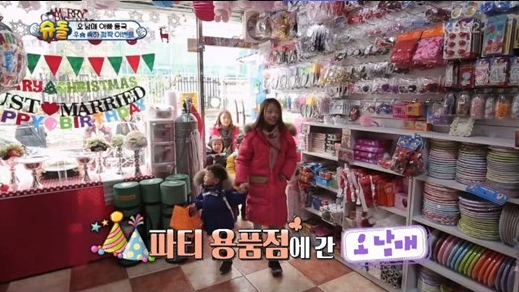 When the time comes, the children appear in front of Lee Dong Gook with a banner and a trophy they made by themselves to congratulate their father. Touched by his children’s thoughtfulness, Lee Dong Gook adds to the moment by bringing out his own medal. 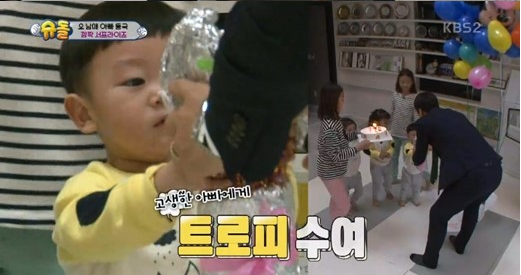 Check out the most recent episode of “The Return of Superman” below!