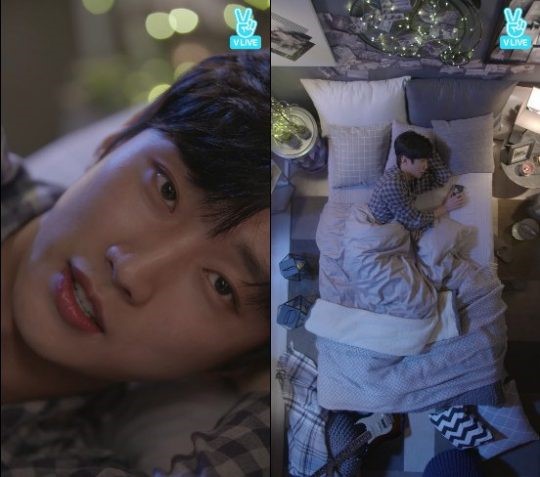 B1A4’s Jinyoung connected with fans through Naver’s V Live on December 18, and talked about his experience working on “Moonlight Drawn by Clouds.”

Jinyoung appeared as Kim Yoon Sung on KBS2’s “Moonlight Drawn by Clouds,” and made his mark as an “acting-dol” with his good looks and excellent acting talent.

Regarding this, the star opened up by saying, “To be honest, I was worried about wearing hanbok and appearing in a historical drama. However, I think it went well because the other members [of B1A4] gave me words of encouragement, the PD and screenwriters helped me out a lot, and we had lots of script read-throughs.”

Jinyoung also explained, “The weather was at its hottest, so it wasn’t easy filming the drama wearing hanbok.” Thinking back on the experience, he added, “We were usually busy fighting off the heat.”

The singer has accomplished a great deal in 2016, proving his talents as a producer in Mnet’s “Produce 101,” as an actor in “Moonlight Drawn by Clouds,” and as a producer and singer through B1A4’s November album.

Love in the Moonlight
B1A4
Jinyoung (B1A4)
How does this article make you feel?