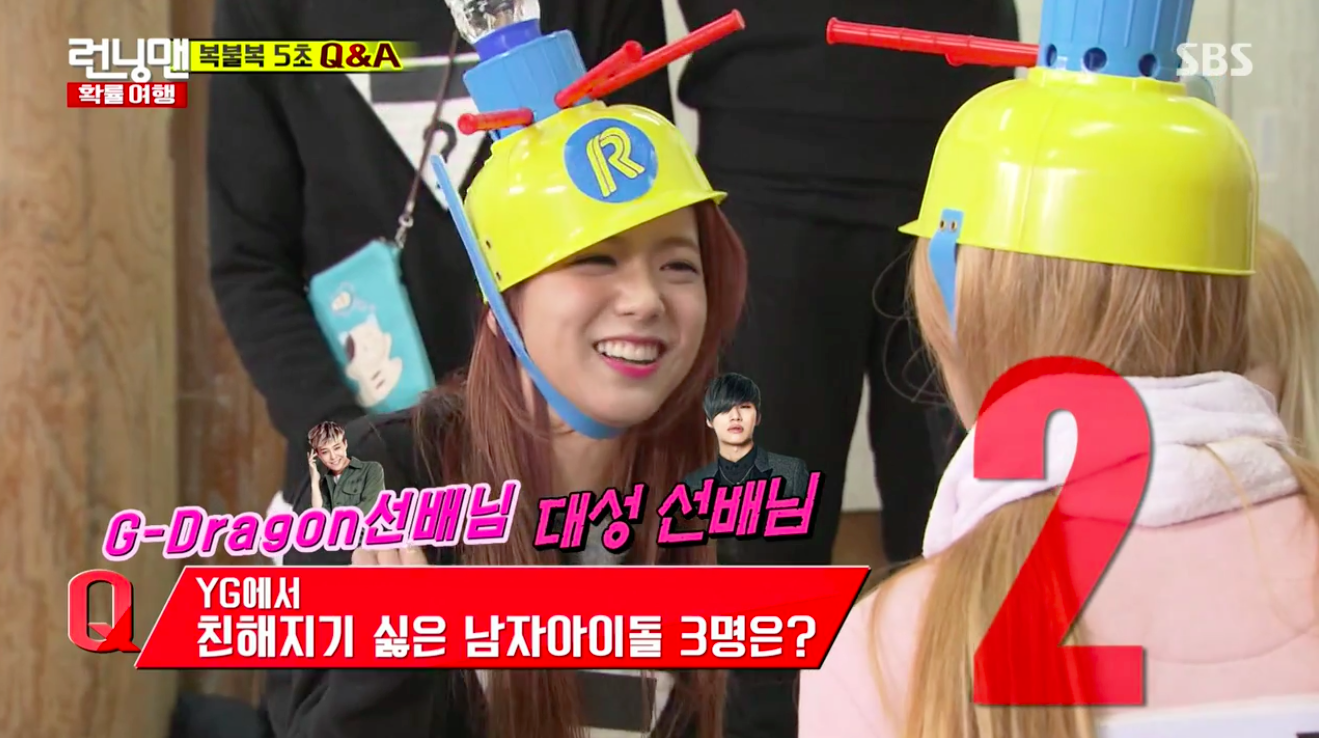 On December 18’s episode of “Running Man,” BLACKPINK’s Jisoo and Rosé had the cast and their groupmates in stitches while playing a question-and-answer game!

Jisoo and Rosé were on opposing teams in the episode, and got matched up to play a game in which they had to reply to each other’s questions with a list of three answers in five seconds.

Jisoo tried to fluster Rosé by asking “Why were you in the bathroom for so long yesterday?” However, Rosé cracked everyone up and earned a thumbs up from her teammates for replying quickly and honestly, “I was going number two, brushing my teeth, and washing up!” 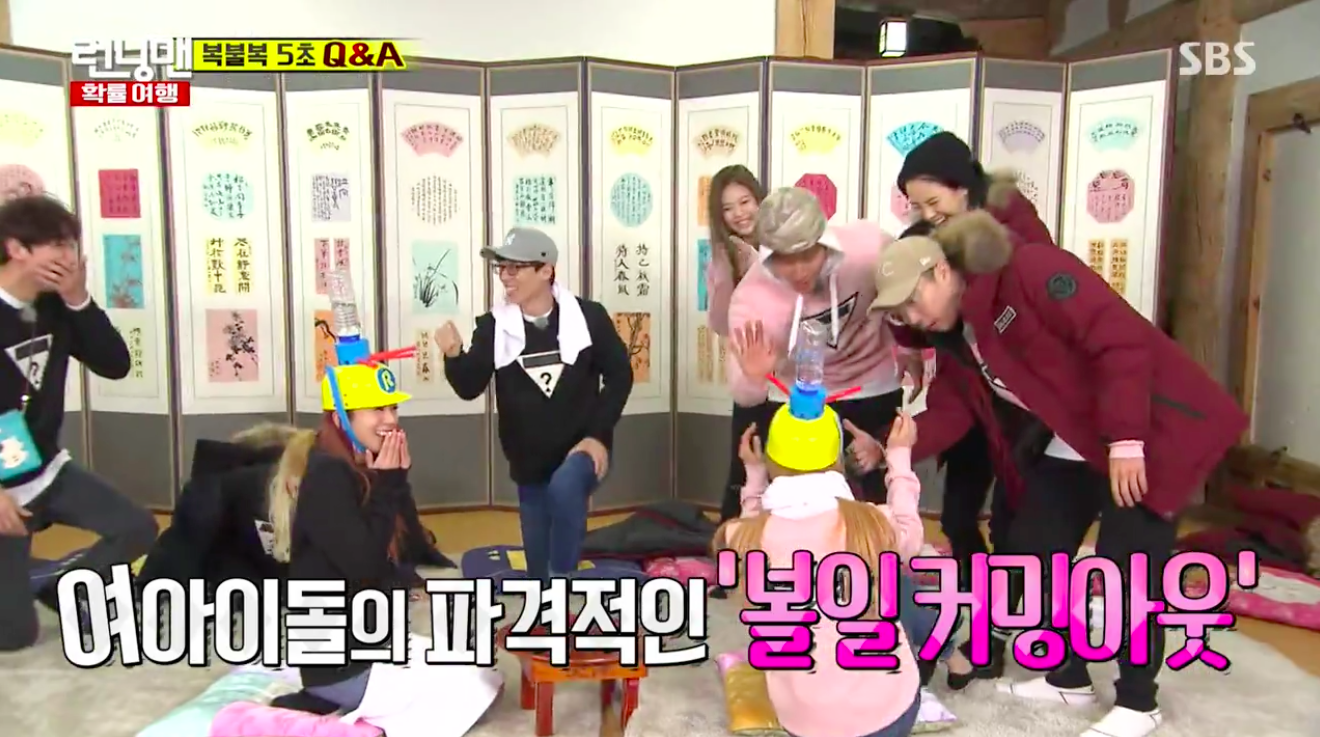 “Who are your favorite male celebrities in YG?” Rosé asked Jisoo in return. 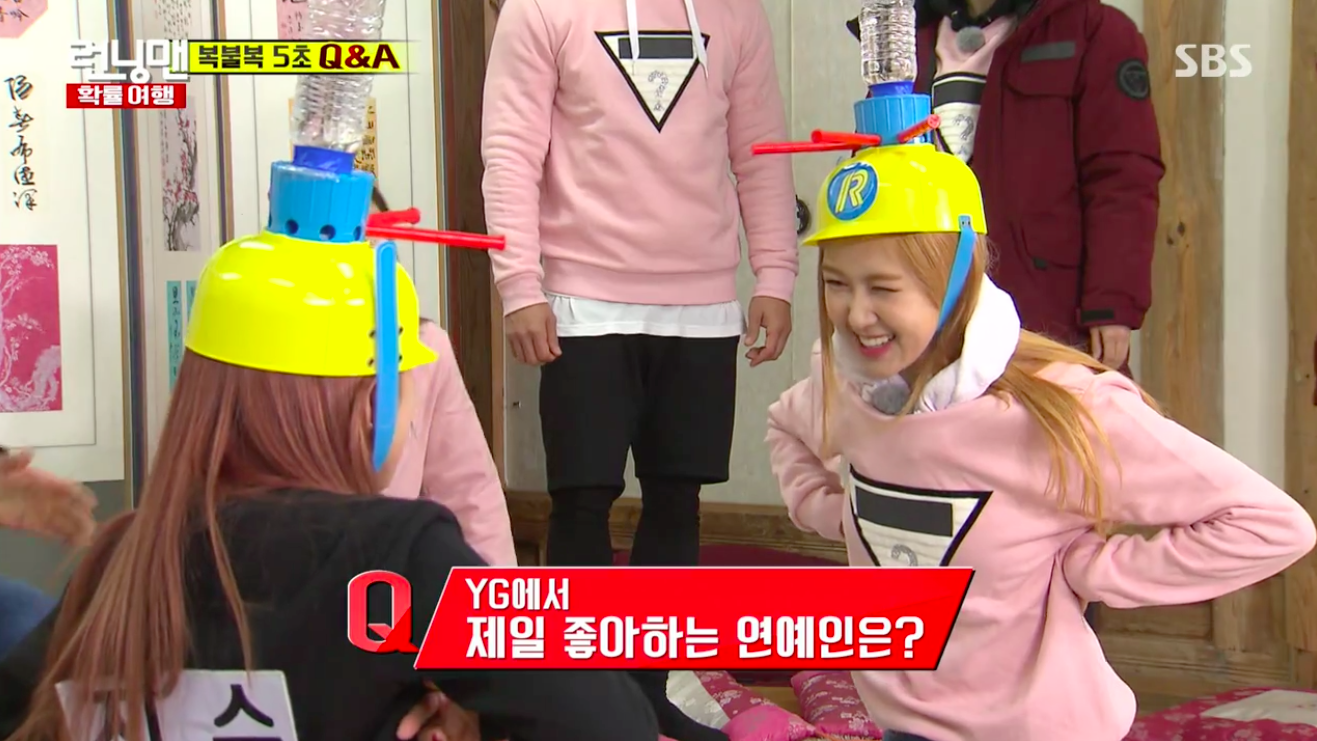 Jisoo replied, “G-Dragon, Taeyang, and Seungri!” Yoo Jae Suk then stood up to address the camera and say, “Daesung, it’s not you!” 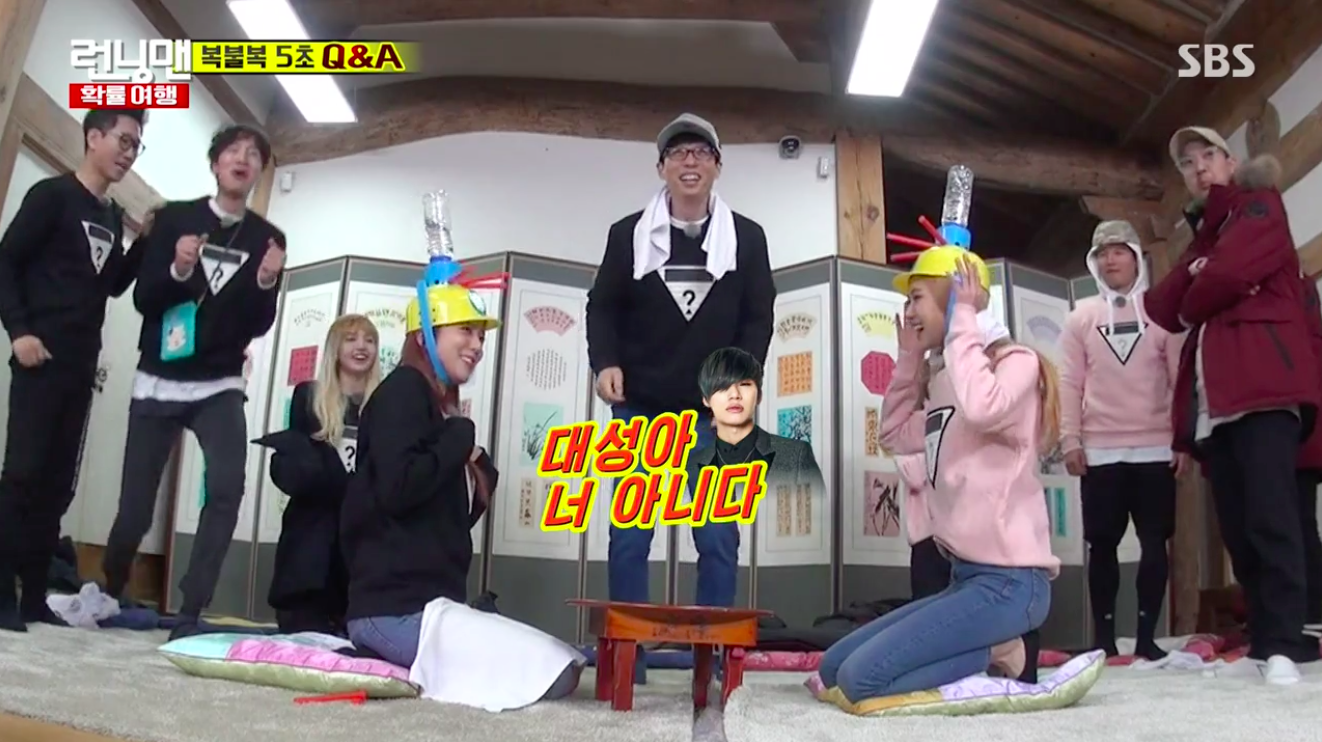 Rosé got stumped on Jisoo’s next question, which was “What are your complaints about Yang Hyun Suk?” and could only say “He doesn’t love me a lot!” before giving up.

In reply, Rosé fired back, “Who are three male idols in YG that you don’t want to become friends with?” Jisoo listed G-Dragon and Daesung, but when she said Daesung’s name, everyone (including herself) burst out in laughter again. As Jisoo waved her hands to show she didn’t mean it and the time ran out, Yoo Jae Suk once again stood up to jokingly say to the camera, “Daesung, I hope you won’t misunderstand!” 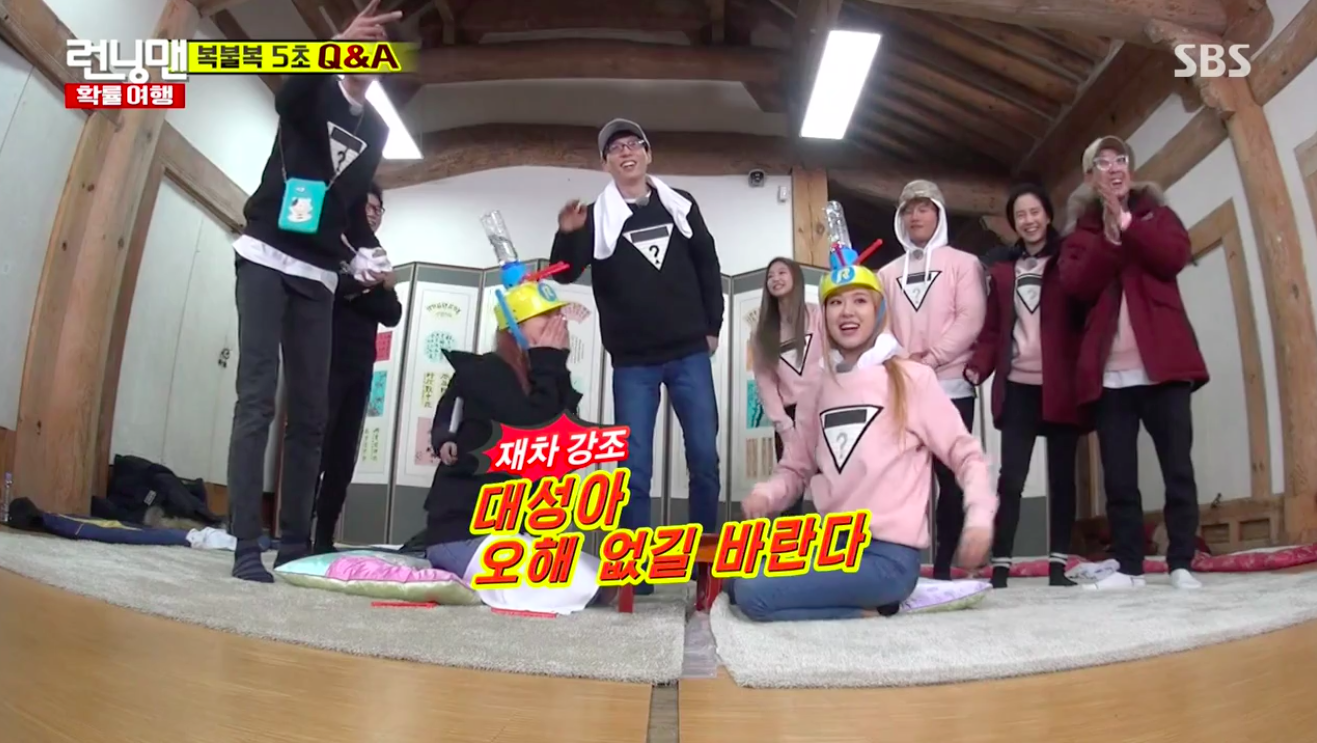 After the laughter calmed down a bit, Jisoo turned to the camera to make a thumbs up and say, “Daesung is the best!” 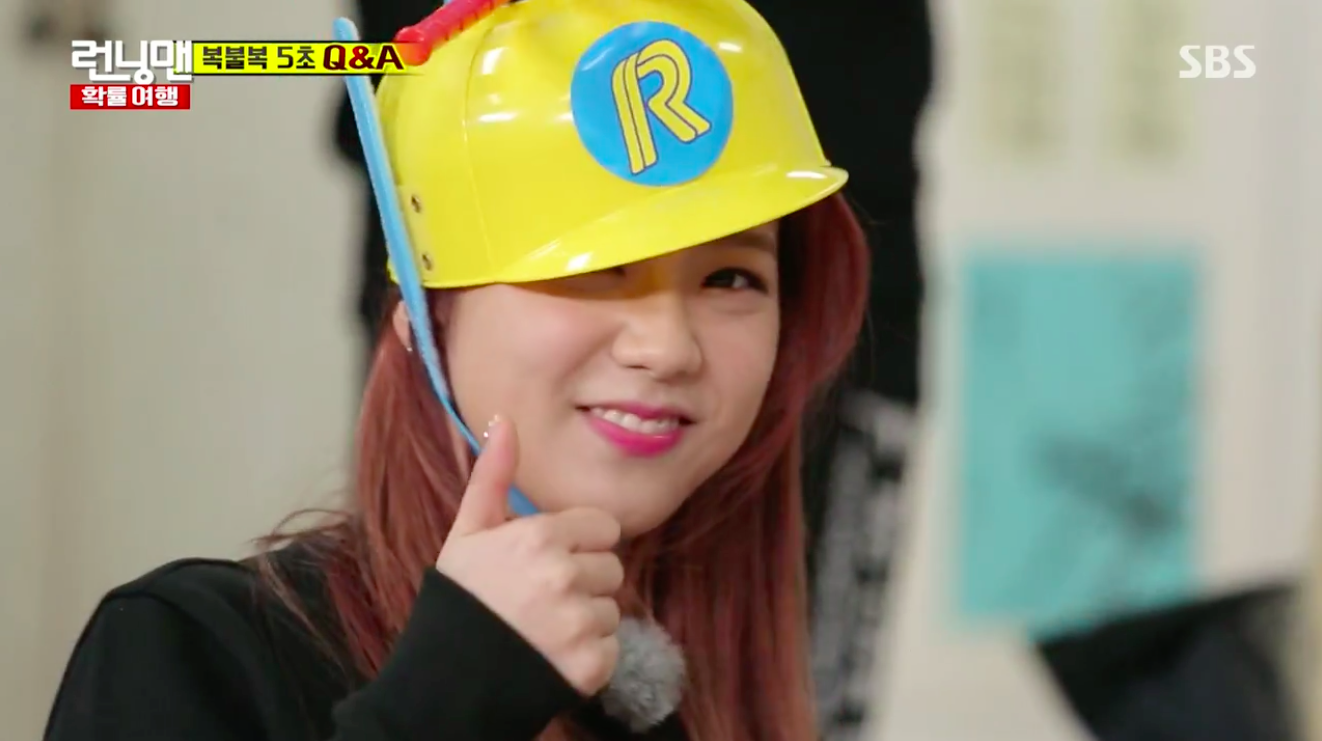 Watch the clip in this week’s episode of “Running Man” below!