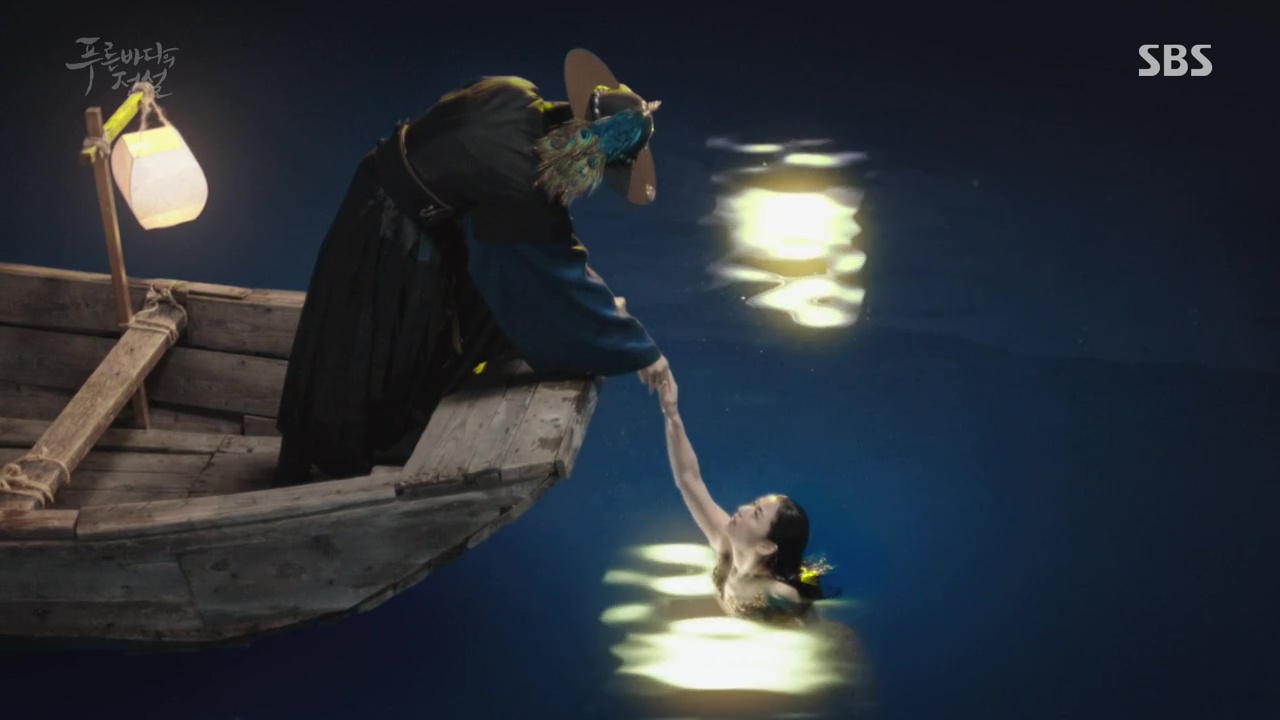 “The Legend of the Blue Sea” is the latest from Park Ji Eun, the screenwriter who brought us the record-breaking “My Love From the Star.” Starring Lee Min Ho as Heo Jun Jae and Jun Ji Hyun as Shim Chung, this show boasts of so many things that make it worthy of marathoning and repeat watches on Viki. Here are 11 reasons why you absolutely need to watch “The Legend of the Blue Sea.”

We all know that Jun Ji Hyun knows how to rock comedy from her last role in “My Love From the Star.” In this drama, she takes her comedic skills above and beyond, making the most of out of her character’s fish-out-of-water antics.

Cha Tae Hyun makes a very appropriate cameo as a conman who tries to scam an unsuspecting land-side mermaid. Cha Tae Hyun and Jun Ji Hyun starred in 2001’s “My Sassy Girl,” and dialogue from the film surfaces. Luckily the vertically blessed Lee Min Ho comes to save his mermaid from Cha Tae Hyun and all is well again.

The second cameo is by Jo Jung Suk, who is fresh off his drama “Don’t Dare to Dream (Jealousy Incarnate).” He plays a merman who has fallen in love and suffers for it, but who also shows Chung the ropes of being a merperson on land. Rule no. 1: Pearls count as currency. So the two merpeople get to watching a sad scene from “Master’s Sun” (starring Jo Jung Suk‘s recent co-star Gong Hyo Jin) to make some quick cash.

Opportunities for beauty in cinematography are endless when your main female character is a mermaid and you can harness the beauty of both land and sea. Reflection is an important visual and character concept. Light reflected in the water mirrors how the incarnations of the characters parallel each other.

There is nothing cuter than a jealous Lee Min Ho whose competitive feelings are sparked by Jo Jung Suk’s cameo. He stutters, and becomes haughty and possessive of his strange, beautiful new roommate.

Oh, and Shim Chung has a bit of a jealous streak as well. The GIF explains all.

Shim Chung’s first human friend is a cameo by Hong Jin Kyung as a fashion-savvy homeless woman. Hong Jin Kyung played Jun Ji Hyun’s friend in “My Love From the Star.” So much enjoyable cross-pollination in this drama! Shim Chung often visits her homeless friend for fashion and love advice.

While Shim Chung may be a bit foolish and naive at times, her young elementary school friend is not. She hangs out with the student when she’s in need of life’s wisdom. The irony of the age reversal is poignant and quite funny.

Get a couple of beers in Heo Joon Jae and he becomes a handsome broken record who indulges in skinship. Luckily, our mermaid particularly loves skinship and enjoys the closeness as much as our Kermit-the-frog colored Joon Jae.

Kisses mean a lot of things in “The Legend of the Blue Sea.” The mermaid and her suitor have shared many across their incarnations. Some kisses are bitter sweet, an erasure of memory by the mermaid to protect her love. Some kisses are the expression of affection and appreciation.

Heo Joon Jae falls steadily for Shim Chung, becoming more and more concerned about her safety and whereabouts. At times he is a bit stalkerish, but that makes him all the more adorable as he cares for her from afar.

Double the reincarnations, double the fun

With two parallel story lines, there is so much to experience about the characters and their incarnations. When Joon Jae and his incarnation, Dam Ryung, begin to interact, the story becomes electric. Will the present become a repeat of the past? Can Joon Jae and Dam Ryung work together across time to save the mermaid and stop the bad guy?

All 20 episodes are available for free on Viki for a limited time so if you haven’t watched it yet, start now!