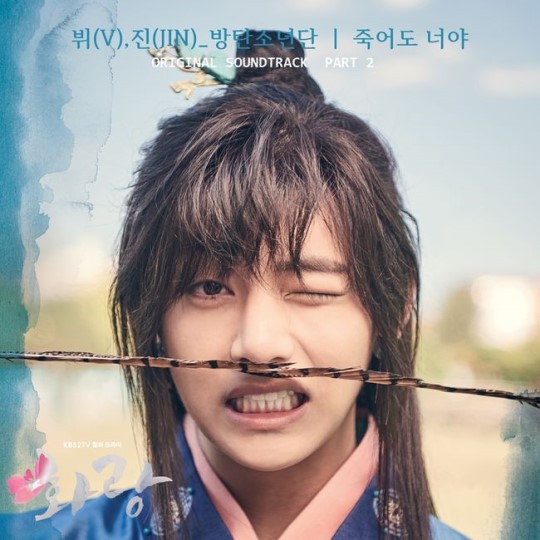 BTS’s V and Jin will be in charge of the second OST for “Hwarang” following Han Dong Geun’s “Wherever You Are.”

The news was announced by a “Hwarang” representative who also explained that “Even if I die, it’s you” (working title) will be released at midnight on December 19 as the second OST of KBS 2TV’s new Monday-Tuesday drama “Hwarang.”

“Even if I die, it’s you” was written by Oh Jun Sung, the drama’s musical director, and will be the theme song of the group of elite youth known as Hwarang. The medium-pop song will feature an upbeat groove that reflects the energy of the characters, and the lyrics will contain confident and youthful love confessions that are sure to capture the hearts of viewers. The song is topped off with refreshing vocal performances by V and Jin of BTS.

V will also be making his debut as an actor through “Hwarang.” Setting aside his stage name, Kim Taehyung (V) has joined the drama as Han Sung, the cute and lovely youngest member of the group. To show support for his fellow BTS member, Jin has agreed to feature alongside V in the new OST.

A snippet of the song was already included in a preview for the drama, and the full version of V and Jin’s OST “Even if I die, it’s you” will be made available at midnight on December 19 on various online music sites.

BTS
Soompi Spotlight
Hwarang
Jin
V
How does this article make you feel?