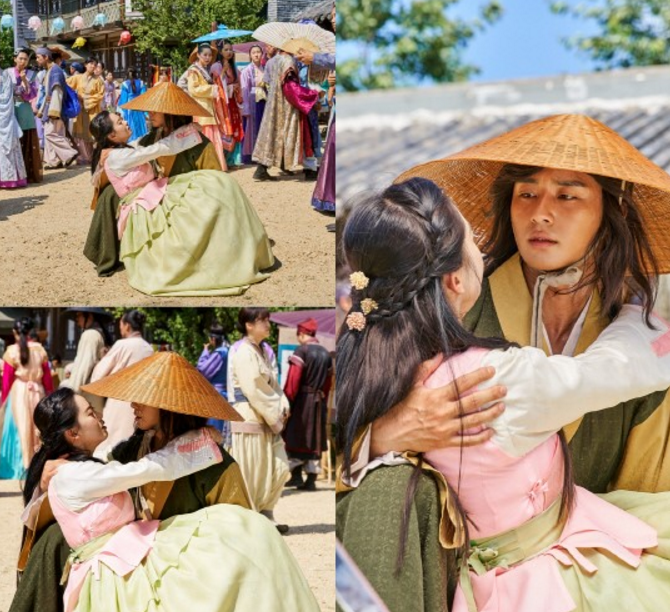 Park Seo Joon and Go Ara are set to have a heart fluttering encounter during the first episode of “Hwarang.”

With the premiere of KBS 2TV’s “Hwarang” starting in just a few hours, the drama has released more stills that show Sun Woo (played by Park Seo Joon) and Aro (played by Go Ara) meeting for the first time. The released images show Sun Woo holding Aro in his arms as he looks at her with a confused expression on his face.

The production staff also talked about “Hwarang,” saying, “The drama has a lot of beautiful youths. And just like their youth appeal, the drama will be showing a special kind of love story. In the drama, Park Seo Joon and Go Ara become fatefully entangled because of a certain event.”

Park Seo Joon
Hwarang
Go Ara
How does this article make you feel?